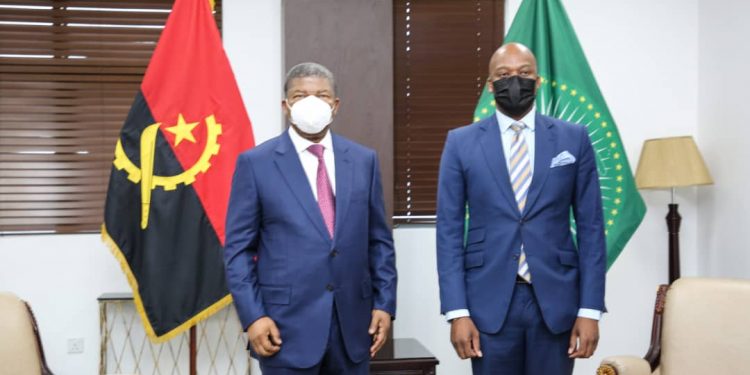 The Secretary-General of the Continental Free Trade Area (AfCFTA) Secretariat, H.E. Wamkele Mene has emphasized that Africa is open for business and the business potential of the continent is tremendous in various sectors, including agriculture, energy, infrastructure, natural resources, and information and communications, which offers opportunities for entrepreneurs on the continent.

Speaking on the occasion of the AfCFTA – Angola Business Investment Forum, a first-ever Business Investment Forum between the AfCFTA Secretariat and a party state, which was attended by the President of the Republic of Angola, H. E.  President João Manuel Gonçalves Lourenço, the AfCFTA Secretary-General asserted, that with the vast uncultivated arable land, Africa has the potential to ensure its own food sufficiency and be a major supplier in global food markets.

He revealed that already negotiated protocols under the AfCFTA provide great opportunities for entrepreneurs, businesses, and consumers across the continent, unlocking trade and manufacturing potential and further enhancing industrialization in Africa.

“While we are about to start working on the Protocol on Investments, the Protocol on Trade in Services already negotiated has provisions regarding investment: one of the general objectives is to “foster domestic and foreign investment”. The Secretary-General emphasized.

He said additional protocols have strengthened the value propositions of entrepreneurs and reduced their risks.

“The introduction of a continental simplified trade regime should provide small and informal businesses with greater protection, and support their participation in the new export opportunities created by the AfCFTA.”

“There is also the Protocol on AfCFTA dispute resolution which further enhances the value proposition for entrepreneurs by making the investment in Africa less risky for the investors.” The Secretary-General added.

Read: 80 OMCs to soon have their licenses revoked by NPA

Ghana’s Minister of Trade and Industries, Hon. Alan K. Kyerematen echoed the existing fraternal relations between Ghana and Angloa which he said has deepened in recent times following high level official visits between the two countries and acknowledged the support Ghana received from Angola in its bid to host the AfCFTA Secretariat.

“Under the framework of AfCFTA, Ghana and Angola have a lot to gain from working together in fields such as Agriculture, Fisheries, Livestock, Industry, Oil and Gas, the Petrochemical industry, value addition to our mineral resources, development of Energy resources particularly Renewable Energy and the FinTech industry”.

He urged businesses from both countries to familiarize themselves with negotiated protocols under the AfCFTA in order to take advantage of the AfCFTA to grow their businesses.

“It is worth noting that the AfCFTA Protocol on Services covering five priority sectors namely Transport, Communication, Financial Services, Tourism and Business Serviceswhich have been negotiated as part of the Phase One the AfCFTA Negotiations, has the potential of creating a robust ecosystem for supporting the productive sectors of African countries”, Alan Kyerematen asserted.

The President of Angola, H. E.  President João Manuel Gonçalves Lourenço expressed gratitude to the Ghanaian government and charged Ghanaian businesses to begin to consider the favorable investment climate that has been created in Angola and take advantage of the Angolan Market.

Several sectors of opportunities were highlighted to businesses and entrepreneurs who had gathered at the 1st AfCFTA Investment Forum in Accra.