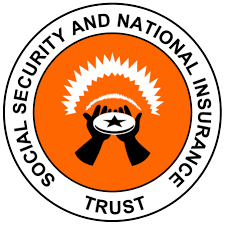 The Auditor-General Report has revealed that the Social Security and National Insurance Trust (SSNIT) in the year 2020 lost some $11.7 million in liquidtaion of three (3) of its investments.

The lost amount, the report notes, is out of a total amount of some $14.7 million investment commitments made by the Trust.

The Auditor-General in its 2020 hence advised the Trust to  investigate the non-performance of the investments with the aim of ensuring value for money.

“We urged Management to investigate the nonperformance of the investments for all with the aim of ensuring value for money and ensure that officers whose action led to the loss are appropriately sanctioned for the loss. We further urged Management to ensure that, effective feasibility studies are carried out before investing”, noted the Auditor-General.

Further adding that the Trust has not received any returns in the form of value appreciation or dividend in its investments in nine listed and six unlisted companies.

“Management is encouraged to investigate the nonperforming investments of the 15 companies and ensure value for money is achieved. Management is once again also advised to perform thorough feasibility studies before undertaking any investments of like nature,” he added.

The Auditor-General in the report further noted that that SSNIT, has been unable to collect from the Finance Ministry, the divestiture proceeds of $626,522.47 from the Divestiture Implementation Committee since 2012.

This was the proceeds due the Trust, after the sales of its 13.60% equity stake in Subri Industrial Plantation Limited (SIPL) to Plantation Socfinaf of Belgium.

“We urge Management to step up efforts to recover the amount $626,522.4 from the Ministry of Finance,” he pointed out.