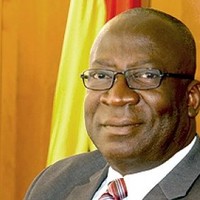 The Aircraft Accident Investigation and Prevention Bureau ( AIB) announced  this in a statement issued on Monday, September 6.

A former pilot of many years, Cmdr Mamphey is credited with helping libralise Ghana’s civil aviation airspace, closing down the Kumasi Airport when serious defects were detected and reopening when the runway was resurfaced, and generally instilling safety in all aspects of GCAA’s operations.

He is credited with overseeing the construction of the Ghana Civil Aviation Training Academy  (GATA).

The AIB has requested for record of bird strike incidents at Kotoka International Airport from the airport managers, the Ghana Airports Company Limited ( GACL) to analyse trends and proffer solutions.

Upon takeoff on runway 21, a Royal Dutch Airlines (KLM) flight (KL590) bound for Amsterdam from Accra aborted takeoff  at the Kotoka International Airport (KIA) On the said date due a bird strike incident. The incident occurred at 2235 hours GMT.

The bird strike was close to the windshield, prompting the Captain of the flight to apply emergency brakes.

According to statements released separately by AIB, Ghana Civil Aviation Authority ( GCAA), and the Ghana Airports Company Limited (GACL), application of the brakes caused two tyres to deflate and two other tyres to also worn out.