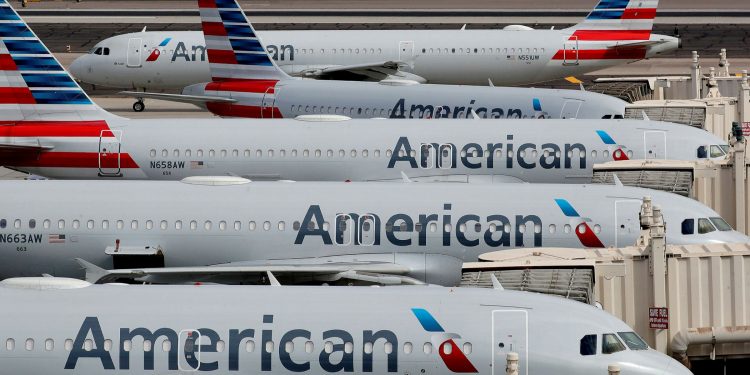 The Fort Worth-based US legacy carrier and oneworld founding member is aiming to implement a ‘science-based’ target for a reduction in greenhouse gas emissions by 2035.

American Airlines announced in a statement yesterday that it had become the first North American carrier to seek validation from the Science Based Targets initiative (SBTi). This is a collaboration between various key groups, including CDP, the United Nations Global Compact, World Resources Institute (WRI), and the World Wide Fund for Nature (WWF).

In doing so, the airline has committed to establishing a target for a reduction in its emissions by 2035. The SBTi will ratify this to ensure that it is in line with the most recent research into climate science. Doug Parker, American’s Chair and CEO, stated that he welcomes “the accountability that comes with taking this step,” adding:

“We are building American Airlines to thrive forever, which is why we set an ambitious goal to reach net-zero emissions by 2050. Now, we’re committing to set a science-based target for 2035 because the seriousness of the climate challenge demands it. We’ve already laid a strong foundation by prioritizing near-term solutions to reduce our emissions, like renewing our fleet.”

With global temperatures on the rise as a result of climate change, American and its partners are looking to limit these increases as much as possible. In having committed to setting a science-based target for a reduction in greenhouse gas emissions, the airline has also become a signatory to a campaign that is looking to hinder rising temperatures.

“The science is clear: in order to limit the catastrophic impacts of climate change, we must ensure warming does not exceed 1.5°C. The ambition is high but it’s achievable. Science-based targets give companies a roadmap for getting there. Corporations worldwide have an unprecedented opportunity to be at the very forefront of the transition to a net-zero economy.”

American is also one of an increasing number of companies in the industry to have set its sights on 2050 as a key date for environmental progress. In this regard, it (and many other airlines) hope to achieve net-zero carbon emissions within the next 29 years. This bold commitment to eradicating carbon shows that stakeholders are serious in the matter.

It set this goal last October. The oneworld alliance to which American belongs (and was a founder of) was the first airline grouping to unite behind this shared goal of carbon neutrality by 2050. It will go about achieving this target in several ways, with measures including (but not limited to) fleet renewal, sustainable fuel, and enhanced operational efficiency,