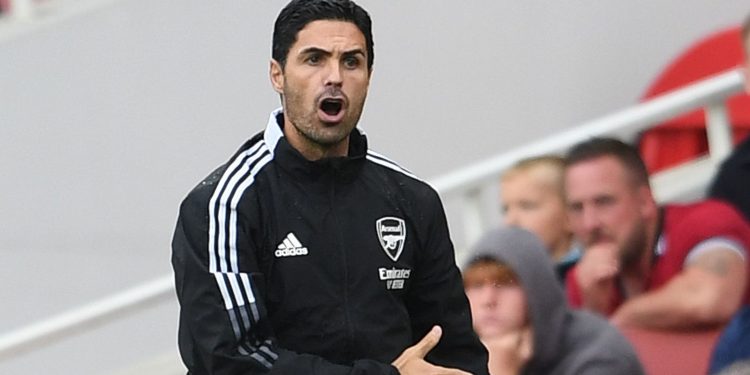 Arsenal are determined to carry on backing Mikel Arteta despite the club’s wretched start to the campaign.

Angry fans even surrounded Arteta’s car and a shout of “leave the club” could be heard as he drove away from the Emirates following Sunday’s defeat by Chelsea, which leaves them without a point after two games.

Arteta is favourite with the bookies as next manager to be sacked but Arsenal are still supporting him by trying to do business in the transfer window with a right back on the shopping list with Hector Bellerin keen to go and the Gunners looking for replacements.

Inter Milan have tried to do a loan for Bellerin who wants to leave but Arsenal would prefer a permanent switch to help bring someone else in.

Lucas Torreira is a target for Fiorentina while Sead Kolasinac is set to leave and Crystal Palace are interested in Eddie Nketiah.

Arsenal, who go to West Brom in the Carabao Cup on Wednesday, have spent close to £140m on five new players – Ben White, Aaron Ramsdale, Nuno Tavares, Albert Lokonga and Martin Odegaard – but have been hit by a Covid outbreak and injuries.

Gunners midfielder Granit Xhaka insists that all of the criticism only inspires the team and they will try to prove the doubters wrong.

Xhaka said: “A lot of people try to speak and to kill a little bit the players and the team but the strongest thing to do at the moment is to be together, and only together will we be stronger and give the results on the pitch after.

“We want to achieve something big, of course. After two games a lot of people are speaking about this team and about this club but I will say, no season finishes after two or three games.

“We still have games still in front of us, we know we have to improve a lot of things and I’m sure we will do that.”

Tags: Arsenal chiefs will back Mikel Arteta amid calls for him to be sacked after Chelsea lossCrystal PalaceMikel Artetapremier league