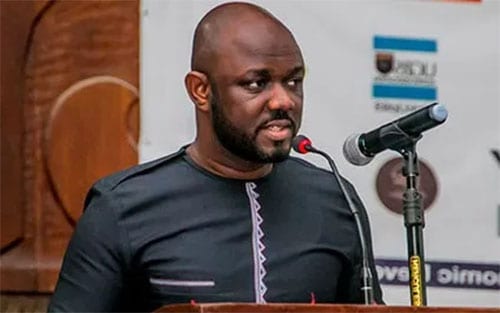 Now I feel jealous that my name is not in the story. I had strong views on that call that Ghanaians will be interested in judging whether the discussions were anti-Ghana.

The twist to the meeting should give the genuine people who were on that call confidence that some people are worried about the potential of the terrible deal failing if the people got to understand what GNPC wants to do.

The meeting agenda was, among others, to discuss what happened on Newsfile between myself and Dr Steve Manteaw and evidence that there was a mole in the Group who leaked our draft statement to Aker and GNPC.

On Dr Manteaw, the Group felt his open disagreement with the Group was not principled because he had the opportunity to do so as part of the Group. He didn’t do it but lent his Organization to support the statement. Then turn around to oppose the Group on Joy FM.

What is worse is that Dr Manteaw was introduced as the Chairman of the Group, Alliance of CSOs working on Extractives, Anti-Corruption and Good Governance, when there’s no such title in the Group.

The Encounter on Newsfile, to me, felt like a sponsored attack on the Group. But we offered to give him a hearing to understand why he disagreed somewhat in public without discussing with the Group. But he did not show up.

On the issue of a mole in the Group, there is a document circulating in the media and published by GhanaWeb, supposedly responding to the questions in the Group’s press statement. Some media houses called to interview members of the Group and indicated that that document emanated from GNPC and Aker.

We noted, however, that the responses were made to the Group’s first draft statement, which changed substantially on the final statement released. This clearly shows that someone leaked the draft document from the Group, which the sponsors of the transaction inadvertently used in answering to the Group.

These were the issues that were discussed dispassionately. It was open to the entire Group. It was virtual, so we were aware of the possibility of the leakers entrenching third trade.

Nothing was said that cannot be said on the radio. We saw no reason to record that conversation. Therefore, if Crusading guiding guide and Statesman are not cowards, they should put out the over two hours meeting they recorded.

This is clear that the national interest is to expose how Aker energy is scheming to sell its stake in Ghana and manage to stay on as an operator to milk the country. So let’s focus on the specifics. If anyone has energy, bring on the debate on the merits of the transaction.

Sensationalism and sponsoring disagreements in the Group won’t deter those who understate the threat to the country from focusing on the issues.

With this I can only borrow from Samson Anyenini #pray