Can Ghana go beyond the group stage with fierce rival Morocco? 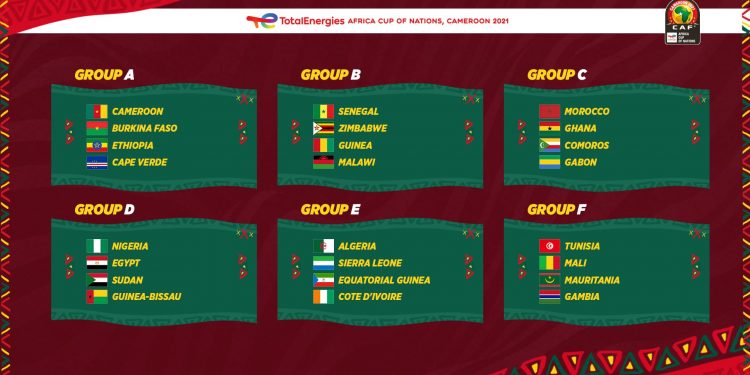 Can Ghana go beyond the group stage with fierce rival Morocco?

Ghana has been drawn into the group which many considers as one that will be difficult in the next football festival the Africa Cup of Nations (AFCON) which was initially to be held at the becoming of this year (2021) but due to the coronavirus pandemic had to be rescheduled to 2022 January/February in Cameroon.

Group C which has the likes of Gabon and Comoros which will be playing the Black Stars includes the nation’s fears rival Morocco from North Africa.

Statistics have shown that the North African football nation with their national team known as Atlas Lions since 1961 has played Ghana 11 times on the international level in association football which is made of African Cup Nations, International Friendlies, and FIFA World Cup.

Of these games Ghana has won only three and drawn 3, losing 5 to the North Africans, who some say has become one of Ghana’s fears football enemies. Ghana’s wins are made of two African Cup of Nations and one being an International Friendly while two of the drawn games with Morocco were Fifi World Cup competition and one is the final of the African Cup of Nations.

The most recent is when the black stars were in the same group with Morocco during the 2008 competition which was staged in Ghana, and our national team beat the Atlas Lions 2-0 at the Accra sports stadium.

With the hope that we can conquer Comoros who was an opponent during the second round of the 2018 FIFA World Cup qualifiers, the senior national team drew the first leg 0-0 before defeating them 2-0 in the second leg in November 2015 courtesy of goals from Wakaso and Jordan Ayew.

Our most recent record with Gabon shows that Ghana defeated Gabon 4-0 on aggregate in June 2008 during the 2010 World Cup qualifiers, winning the double legged tie 2-0 each.

The biggest football festival which is having as its lead sponsors Total an oil company will be staged between January 9, and February 6, 2022, at the West African Nation Cameroon.

Defending champions, Algeria is expected to open their defence against Sierra Leone, while host nation, Cameroon will on January 9, 2022, play the 2013 finalist Burkina Faso in the opening game of the competition.