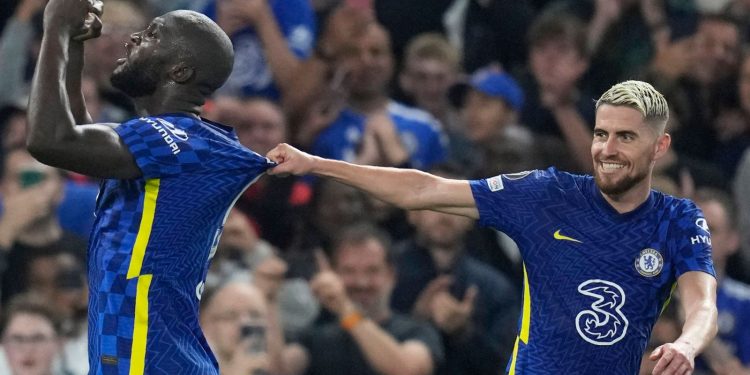 Romelu Lukaku’s second-half header saved an under-par Chelsea as they began their Champions League defence with a 1-0 win over Zenit at Stamford Bridge.

Lukaku brilliantly headed home Cesar Azpilicueta’s deep cross (69) for his fourth goal in four appearances back at Chelsea, in a game where the European champions struggled to create clear-cut chances and one manager Thomas Tuchel admitted was “not easy” for Lukaku.

Zenit nearly grabbed an equaliser late on as sub Artem Dzyuba failed to convert at the far post with the goal gaping, summing up a nervy and at times frustrating opening night in Group H for Tuchel’s side.

With Juventus winning 3-0 at Malmo, Chelsea sit second in their group, before going to the Italian side on September 29 for matchday two. Tuchel’s side remain unbeaten this season after five games in all competitions.

Fireworks greeted the European champions before the game, four months after their triumph over Man City in Porto, but there was a lack of spark on the pitch for the first hour as the visitors frustrated Chelsea.

Zenit were compact and disciplined in the first half as Chelsea struggled to create any chances of note, the hosts failing to register a shot on target until the 47th minute.

Hakim Ziyech was wasteful, Lukaku wasn’t being utilised and despite Mateo Kovacic’s best efforts, the midfield were struggling to connect with the forward line.

The game came to life in the second half from an unlikely attacking source as defender Antonio Rudiger burst forward 70 yards from defence, taking on two Zenit players before lashing a couple of yards wide from the edge of the box, a goal that would have brought the roof off Stamford Bridge.

Rudiger was then imperious at the other end, denying Sardar Azmoun a shot on goal having been played through one-on-one with Edouard Mendy, as the German defender proved why he is now being regarded as one of the best defenders in world football.

Lukaku barely had a sniff as the game approached the final quarter, but as he showed on Saturday in the 3-0 win over Aston Villa, the Belgian only needs one opening.

Crossing from deep on the right, Azpilicueta’s delivery was met by Lukaku at the far post, directing his header into the ground and beyond Stanislav Kritsyuk for his seventh goal in six games this term for club and country. Lukaku, as he so often does, turned a decent delivery into a brilliant one.

Chelsea smelled blood and looked for a second, but after several moments of pinball in the box, failed to find it, giving Zenit hope of an equaliser.

And they nearly got it as Azmoun’s centre from the right found Dzyuba on the stretch a few yards out, but the substitute could only get the faintest of touches on the stretch as the ball fell wide.

Chelsea made five changes from the 3-0 win over Villa on Saturday. Chalobah, Thiago Silva, Hudson-Odoi, Saul and Havertz dropped out, replaced by James, Azpilicueta, Christensen, Jorginho and Mount.

Chelsea previous defence of a Champions League crown didn’t go to plan – Roberto Di Matteo was sacked in November 2012 following a 3-0 defeat by Juventus that knocked the Blues out just six months after their triumph in Munich – but there’s far more optimism that this side can progress with minimal fuss. Their next game in Turin in two weeks will surely be their toughest test.

Merson: Chelsea must get used to this

“They were efficient, Chelsea, and it was hard for them. They have earned the reputation that teams will now come to Stamford Bridge, kick off and park the bus. That’s what happens when you are a top team. Chelsea will face that, l would say, in every Champions League match they play until the quarter-finals.”

Tuchel on Lukaku: He’s what we were missing

“The performance from Romelu was not easy. We didn’t create many chances for him but he’s the type of guy who doesn’t lose confidence and belief. And that is why he is a world-class striker.

“He’s super important, it’s as easy as that. You don’t find many strikers of his quality. There are not many goals in football and goals change the momentum of the match. It gives the whole team belief that one chance is enough for him to score. So it’s not only talent he brings, he brings belief and takes pressure off the shoulders of other guys around him.

“He has the personality not to lose confidence. He his at a very high level and we are very happy with to have him with us.

“We did win also without Romelu and produced results. But he was the type of profile we were missing, not just because of the talent but because of the personality. He is such a humble guy, a super communicator in the dressing room, and that creates a certain energy around him in the team that we are proud of and what to have.

“The spirit and atmosphere last year took us very far and it’s important we have it again. We have it with Romelu, he knows what the club is about. He is here to help with his goals and if we miss him for one game, or hopefully not more games, we will try to find different solutions as we create chances.

“But we have him and we are very pleased because he gives everybody around him confidence. It is the best start for strikers to score. There is no talk, no video, that can have the same impact.”