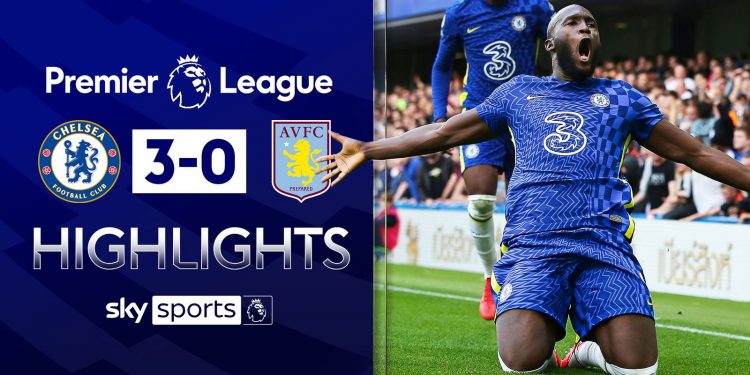 Romelu Lukaku and Mateo Kovacic scored their first Stamford Bridge goals for Chelsea as the Blues beat Aston Villa 3-0 to move level on points with Manchester United at the top of the early Premier League table.

On his second home debut for the club Lukaku was brilliantly clinical to finish after Kovacic’s through ball on 15 minutes and, after the break, the Croatian pounced on a poor Tyrone Mings back pass (49) to net his own maiden home goal for the club.

Villa had dominated in between those two goals, forcing Edouard Mendy into a string of fine first-half saves, while Ollie Watkins was denied by a crucial Thiago Silva block when he took it around the goalkeeper. However, after Mings’ gift, the hosts – while still not at their best – found a measure of control and Lukaku stretched their advantage with a brilliant left-foot drive into the top corner in stoppage time (90+4) to double his tally.

Chelsea’s sketchy first-half display led to debutant Saul Niguez being hooked at half-time but the Blues maintained their unbeaten start to the season. Villa – who were missing key men Emi Martinez and Emi Buendia due to their international trip with Argentina – have four points from their first four fixtures.

How Chelsea held off Villa to eventually win by three…

It was a frantic start to the match in west London, with Antonio Rudiger and Marcos Alonso seeing shots blocked behind for corners inside a minute before Konsa headed wide from a free-kick at the other end before diverting a Chelsea corner onto his own bar soon after.

A moment of quality broke the deadlock on the quarter hour mark, though, when Kovacic used space in midfield to play through Lukaku who expertly cut back inside Axel Tuanzebe before finishing clinically past Villa back-up keeper Jed Steer, finding the net on his ninth appearance at this ground in a Chelsea shirt.

Despite the setback, Villa responded impressively. When Saul gave away the ball on the edge of his own box, Watkins forced Thiago Silva into a crucial block after he’d beaten Mendy, before the Chelsea keeper blocked another effort from the Villa forward and made a fantastic double-stop to keep out Tyrone Mings and Konsa.

That error from Saul compounded a poor first-half performance from the on-loan Atletico Madrid man, who, after winning one of his nine duels and losing possession nine times, was replaced by Jorginho at half-time.

And Chelsea were celebrating soon after the restart when Kovacic darted onto Mings’ sloppy pass back to Steer to score and assist in a match for the first time since January 2017, when he was at Real Madrid, and break his Stamford Bridge duck on the 73rd attempt.

Kai Havertz almost made it three moments later when he shot across the face of goal and Alonso went close with a similar effort later in the half after Konsa had again tested Mendy with a header from a set-piece.

There were more efforts from Watkins and Mings but Mendy repeatedly dealt with the danger on a night when he was busier than he may have expected to have been. That solid base allowed Chelsea to press forward in the closing stages and they wrapped up their third win in four matches empthatically in injury time with Lukaku firing into the top corner.

In the first half, Saul won won one of nine duels, conceded three fouls, misplaced six passes ( with a pass accuracy of 83.8 per cent) and had a 58 per cent pass accuracy in Villa’s half. He gained possession once and lost it nine times.

Afterwards, Thomas Tuchel told Sky Sports: “We could see Saul had a bit of trouble to adapt to the intensity of the Premier League, our structure and our style of play.

“It was hard to [take him off] but I had the feeling that he struggled. He had some big mistakes, passing mistakes and errors. He struggled with the intensity and you could see he was not fully adapted. This is completely my responsibility. I thought he could just jump in and play for us at this level.

“It’s very hard [to adapt]. I told him before, it’s my responsibility if it doesn’t work out for the match of your life. When he struggled a bit with ball losses and created some chance for Aston Villa, I thought it was better to change him.”

Chelsea boss Thomas Tuchel: “It was absolutely not comfortable. We played against a strong, strong Aston Villa side. They were well prepared. They looked very sharp and confident from the start and they caused us a lot of problems, especially in the first half.

“Second half was better. More control, a more fluid game and then a lot of chances and half-chances that we did not take very well. We lacked precision to have earlier goals but okay.

“Lukaku has the personality and self-confidence, wants to score and help team with his goals and has the composure to do it. He scored two very difficult goals, no easy tap-ins, and he made the difference for us and helped us get three points against a very strong Aston Villa side. He adds something to the group we did not have in this capacity so far.” 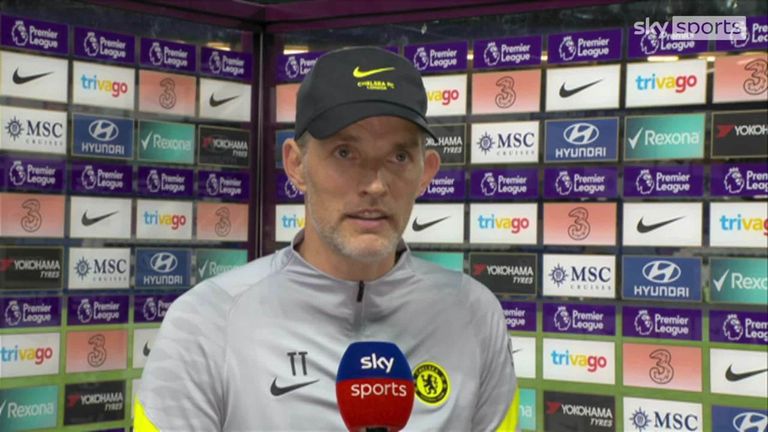 https://imasdk.googleapis.com/js/core/bridge3.479.1_en.html#goog_1027856759Play Video – Tuchel: Saul struggled with intensitySpeaking after the 3-0 win over Aston Villa, Chelsea manager Thomas Tuchel explains why he decided to withdraw new signing Saul Niguez at half-time on his debut.

Aston Villa boss Dean Smith: “I’m frustrated with the score line but football is about moments and we didn’t take our moments today. I feel with the squad I have available to me, with the quality of the squad and the athleticism we have, we can go and ask questions of these clubs and I thought we did that in the first half. The second goal took a lot of wind out of our sails. But there were a lot of positives, there’s a lot of belief in this group.” 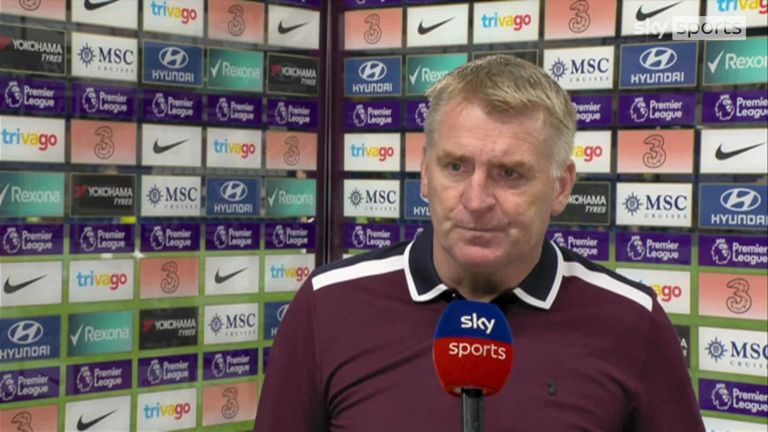 Smith: Mistakes cost VillaDean Smith claims mistakes in both penalty areas cost his team against Chelsea as Aston Villa impressed despite losing 3-0 in the Premier League at Stamford Bridge.