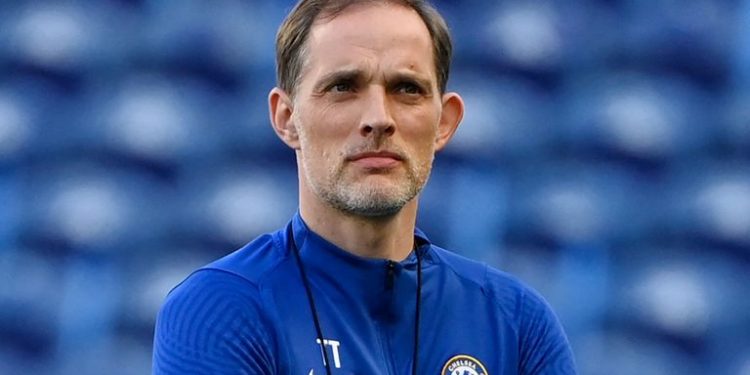 Thomas Tuchel says Chelsea are still searching for more signings ahead of Tuesday’s transfer deadline, with Sevilla defender Jules Kounde the most likely candidate to arrive at Stamford Bridge.

Blues boss Tuchel admitted “all eyes are open” at Stamford Bridge when it comes to new signings, with Kurt Zouma inching towards a £25m West Ham switch.

Zouma’s expected departure is set to open the door for France defender Kounde’s arrival, with Chelsea still determined to strengthen their squad.

Romelu Lukaku’s club-record £97.5m move from Inter Milan will remain the Blues’ marquee signing, but Tuchel has not ruled out further additions with four days left.

Asked if Chelsea could yet make further signings in this window, he said: “Well we are hoping; we still have some ideas and we are trying.

“And not all decisions are taken regarding also to our squad. So there are some negotiations going on and we are aware of all the situations.

“Hoping as in meaning that we need something to make the coach happy or to be competitive? Absolutely not.

“Because I’m happy with the squad as it is, and I have a lot of confidence we are absolutely competitive on a high level.

“But still all eyes are open, and we are aware of all situations and you never know in football.

“But in the moment we are focused on the game tomorrow (Saturday) and there are not many days left to take big decisions, so it’s all good so far.”

Read: Cristiano Ronaldo returns to Man Utd: Will he be a success with Ole Gunnar Solskjaer’s side?

Chelsea will head to Anfield to face Liverpool on Saturday, with Christian Pulisic a doubt after having to quarantine due to a positive Covid-19 case.

Pulisic missed the 2-0 win at Arsenal after returning a positive test and was forced into isolation, but the USA forward suffered no symptoms and should be available again soon.

Chelsea and Liverpool have both returned two wins from their two Premier League matches so far.

Tuchel admitted Saturday’s Anfield test will be a demonstration of Chelsea progress under his tenure, but will not prove definitive for either side’s season.

Liverpool at Anfield will be an acid test of Chelsea’s title credentials – but both teams can make a statement, says Paul Merson.

“This is such a fascinating game, one which provides both teams with the chance to make a statement. It’s massive,” Merson told Sky Sports.

“Romelu Lukaku has undoubtedly improved Chelsea, but the acid test for their title credentials will be the Liverpool game.

“What I saw from Arsenal on Sunday at the Emirates was everything you shouldn’t do against Lukaku from a defensive sense, that won’t happen again at Anfield. People say Jurgen Klopp doesn’t change his way, but he will have to change something.

“He will have to put something in front of the defence because if Chelsea are allowed to keep rolling the ball into Lukaku on the edge of the box he will hurt them eventually.”