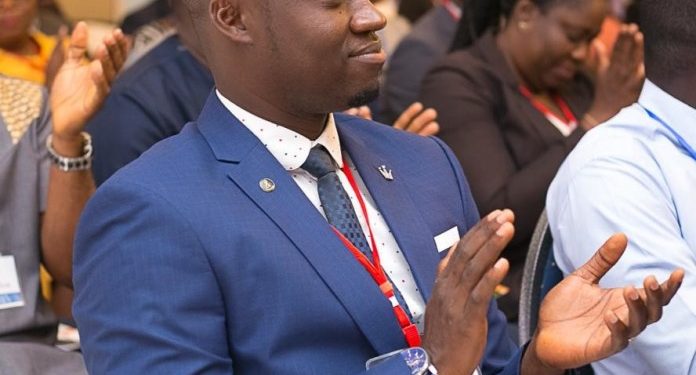 Everything negative – pressure, challenges – is an opportunity for me to rise: Kobe Bryant.

A statement by the transport minister on behalf of government concerning the recent Tema toll-booth motor accident attracted my attention.

Government has assured footing all medical bills for all the victims injured on Monday 5th July 2021, after a tipper-truck crashed into the Accra-bound toll-booth on the Tema motorway. Roads and Highways Minister, Kwasi Amoako-Atta, said government’s primary concern is to take care of the victims on admission.

“Government is prepared to take care of the bills. They (those injured) were at the toll-booth premises, and they were involved in an accident. We will sort it out,” he told the media. Mr. Amoako-Atta further indicated that another area of concern for government is for a probe into the accident; and based on its findings, additional safety measures will be put in place to protect lives at toll-booths nationwide.

“What concerns us and what concern the government is for us not to lose any of them, and do whatever we have to do to save their lives. Our primary concern is to see to their health; we will not shirk our responsibility, I can assure their families and the people of Ghana.” One person died and five others were seriously injured as a result of the crash.

I believe this is good news for the victims and also for their families. I am particularly happy government has shown so much concern, but I am a little disappointed. How I wish the insurance company that insured the truck could have been at the scene to make a statement to the family and the public.

I am not saying they should accept liability instantaneously, but being at the scene and showing concern would have had a great impact on the lack of trust and confidence people have in the insurance industry. In my opinion, insurance companies could use these accidents that get public attention to sensitise people on the need to have insurance. All that I am trying to say is simply: insurance companies need to get involved quickly, and begin to speed up processes.

Even though we are all not happy about the frequent occurrence of these accidents, I also think they present an opportunity for insurance companies to win the public’s trust. The third-party motor insurance covers medical expenses to victims, and insurers could give some initial amount to medical service providers to take care of these victims. These gestures would go a long way to increase the public’s trust and confidence in insurance.

Government has been generous to donate to these people and even take care of them, and this is a great gesture. However, I would also urge government to go further and facilitate the documentation these people need to make claims at insurance companies. Such documents include police and medical reports, and other statutory declaration documents.

The insurance claims process in Ghana is sometimes seen as cumbersome, due to difficulty in accessing certain documents which are required by insurers. It is also not always good for government to wait and spend money when these events occur. It would be well advised to insure all its workers against accidental death or injury.

The insurance claims ratio is calculated as the net claims incurred divided by the net earned premiums. It is a key ratio that indicates how well an insurance company pays claims; and to some extent, fair customer treatment. The ratio is an indication of how much policyholders get back in return for each cedi of premium paid to insurance companies.

The industry averages over the years range between 40% and 60%. Since the core obligation of an insurer is to pay claims, insurers must ensure that all incurred claims are paid quickly to win the public’s confidence. In 2018, the industry average increased to 42% from 37% in the previous year.

From the NIC 2018 annual report, delays in the payment of claims and the repudiation of legitimate claims by insurance companies have led to a situation in which the public does not trust the insurance sector, and it has a poor perception in most African countries. While the public perception of insurance is improving, the insurance industry’s image is not very favourable to the ordinary Ghanaian. This reputation has not helped the efforts to increase patronage of insurance.

Industry total assets similarly increased, from GH¢5.4 billion to GH¢¢6.2 billion over the same period. Given the slowdown in growth rates and impairment of assets, total corporate taxes paid by the industry declined to GH¢36 million – down from GH¢50 million in 2017.

In 2018 the total benefit payments made for Life’s business amounted to GH¢704m.

The National Insurance Commission has published its claims payment guidelines for non-life insurance companies. Going by these guidelines, it is not supposed to take an insurance company more than a month to pay a legitimate claim after all necessary documents are submitted and the claim deemed admissible.