COCOBOD to use electronic weighing scales from October 1 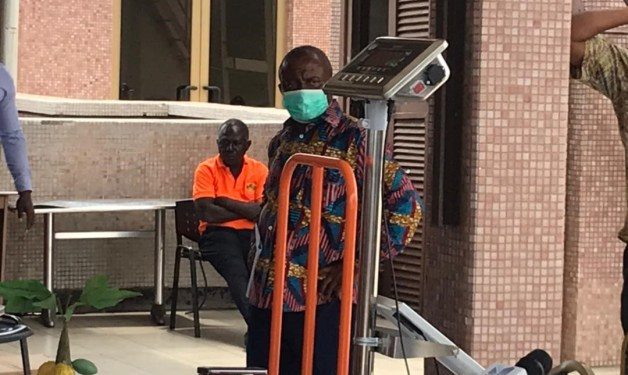 COCOBOD to use electronic weighing scales from October 1

The weighing of a bag of cocoa beans by Licensed Buying Companies (LBCs) starting October 1 this year, will be done with specialized electronic weighing scales recommended by the Ghana Standard Authority (GSA).

The electronic weighing scales to be are expected to address the issue of cocoa farmers being cheated of their profit margins at weighing points by the LBCs.

Cocoa buyers in the country have for several years operate by their own rules by adjusting their scales to the detriment of farmers.

Speaking at a media engagement, CEO of COCOBOD, Joseph Boahen Aidoo noted his outfit in collaboration with the Ghana Standards Authority have secured some 44 scales with a weighing capacity of 150 kilograms for the cocoa industry.

“We have worked on this together with the LBCs in total agreement to change the weighing scales from the manual to the electronic system. We wanted the kind that can be used everywhere in the country. So we have procured both electronic and solar scales. This will end the days when our cocoa farmers felt cheated by LBCs who they claimed adjusted their weighing scales,” he stated.

“Therefore effective 1st October 2021, which marks the beginning of the new crop season 2021/2022 Ghana is going to use the electronic weighing scale. That is what is going to be used throughout the country and as a regulator we want to announce for all our partners and stakeholders to know. So if you go to weigh your cocoa, and it’s not COCOBODs electronic scale, it means that scale is unauthorized.”

With about six weeks to end the current season, COCOBOD is hopeful of further increasing the production of cocoa beans to about 1,060,000 metric tonnes.

Making the assertion, Mr Boahen Aidoo said he is hopeful the projection [ 1,060,000 metric tonnes] will be met due to the several interventions introduced by the COCOBOD to motivate farmers to increase their yield.

“This achievement has never happened in the history of our cocoa industry. Notwithstanding the negative impact of COVID-19 our hardworking farmers have broken the existing record,” he said adding that all stakeholders in the cocoa production line must be applauded.