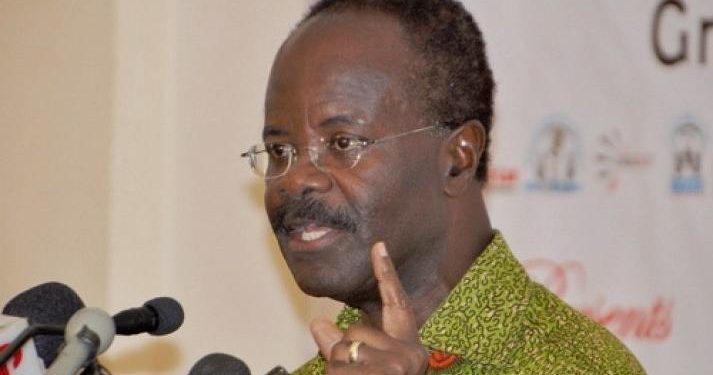 The Commercial Division of an Accra High Court on Thursday, July 15, 2021 ruled in favour of Blackshield and Ghana Growth Fund Company Limited – members of Groupe Nduom – in a Ghs 174 million judgement debt case.

The ruling, according to Groupe Nduom owners and other stakeholders, “proves regulators acted hastily in revoking licenses of the Groupe’s banking and investment companies”.

The actions of the regulators have also caused huge collateral damage to related companies as they have been starved of deposits they placed with their sister companies.

The judgement, the Groupe owners contend, absolves them of wrong doing and confirm their long held position that “customers’ funds were invested in Ghana with private and government institutions and government projects”.

It was based on the prudent investments that till today, Groupe Nduom still stands by its claim that government agencies and the contractors they gave legitimate contracts to owe the Groupe, more than ¢3 billion that is continuing to attract interest. Interestingly enough, a lawyer who claimed to represent a “Receiver” waited until judgement was rendered then got up to ask to be allowed to join the case. She was promptly shut down by the judge.

The ruling further proves the point that if those who had taken money placed with them had paid even 15 % of what was due GN Bank/GoldCoast/Blackshield, the companies would still have been in operation.

The suit was commenced by Writ of Summons and Statement of Claim issued at the Registry of High Court, Accra, Commercial Division dated 11th October, 2019. Justice Shiela Minta was the presiding judge in the matter brought before the court.

After failed attempts to get all the four (4) Defendants to be served in the ordinary manner prescribed by the Court Rules, an application was brought before the court for substituted service to enable the plaintiff to serve the defendants by substitution which application was granted.

Subsequent to this, the defendants with their lawyers engaged Plaintiff’s lawyers with Plaintiffs’ representatives also in meetings in an attempt to reach some settlement.

However, after the said meetings in which the defendants’ state of indebtedness was clearly established to satisfaction, the defendants failed to demonstrate any good faith and also to propose a payment plan as the Plaintiffs were made to believe they would.

Accordingly, the court granted a short adjournment beyond the maturity date of the cheque(4/06/21) to 14th June, 2021 to first ensure that the cheque would clear and also for defendants to show cause why the pending application for judgment in default of defence should not be granted on the next adjourned date.

To the disbelief of the Plaintiffs and their lawyers, even the small GHc2 million cheque failed to clear. The Defendants had allegedly tricked the court and disrespected the office of Justice Shiela Minta. On the strength of the overwhelming evidential facts, Justice Minta on Thursday 15th July awarded judgement for ¢174 million plus ¢50,000 in costs in favour of the Plaintiffs.

According to a spokesperson for Groupe Nduom, this is the first of a number of court cases pending before the law courts. They involve private sector companies, government agencies and regulators. The belief is that when all is said and done, the wild allegations made against specific Groupe Nduom companies and shareholders will be put to rest.

It will be recalled that one senior official of the Securities and Exchange Commission when BlackShield appealed to the regulator for assistance to retrieve customer funds invested to support government infrastructure projects, retorted in a public interview that “…the Commission is not a debt collector”.

The Commission turned around to revoke the license of BlackShield. That action emboldened private and state organizations to refuse to pay back what was legitimately owed. BlackShield until its license was revoked had paid over GHS600 million to some of its customers and still stands by its commitment to return funds invested as it is able to collect receivables.