Cristiano Ronaldo: Juventus boss says he decided to use Portuguese star from the bench on Sunday 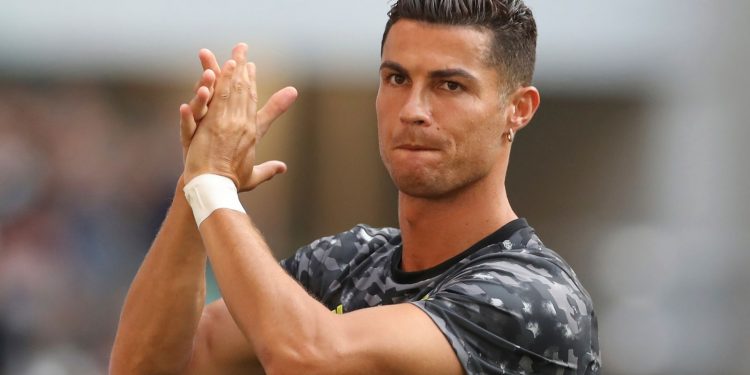 Cristiano Ronaldo: Juventus boss says he decided to use Portuguese star from the bench on Sunday

Juventus coach Massimiliano Allegri said it was his decision to leave Cristiano Ronaldo on the bench at the start of Sunday’s 2-2 draw at Udinese.

Italian media reports said that Ronaldo had asked to be on the bench for Juve’s Serie A season opener in Udine, potentially in order to preserve his fitness as he looks to secure a move away from the club.

The Portuguese forward came off the bench in the 60th minute to almost snatch a dramatic stoppage-time winner, only for his header to be ruled out for offside after a lengthy VAR review.

Allegri told DAZN after the match: “Ronaldo is feeling well.

“I had talked to him before the game, telling him he would start on the bench.

“He made himself available, he did well when he entered the pitch.”

DAZN also spoke to Juventus vice-president Pavel Nedved, who said the decision was fitness-related and there were no plans to sell the forward.

“We mustn’t try to create sensational stories where there aren’t any,” said. Nedved.

“It was a decision shared with the player. At the start of the season, naturally he is not at top fitness.

“The coach is trying to use the best line-up at this moment.

“I can absolutely confirm Ronaldo will remain at Juventus this season.”

Ronaldo is out of contract next summer and has been linked with former club Real Madrid, Paris Saint-Germain and Manchester City.

Juve looked like marking Allegri’s first match back in charge of the Turin side with victory after early goals from Paulo Dybala and Juan Cuadrado put them in control in Udine.

But two errors from goalkeeper Wojciech Szczesny, the second one especially glaring, let the hosts back in, as a Roberto Pereyra penalty and a Gerard Deulofeu goal secured Udinese a point.

“We played a good game,” Allegri added. “We should have done better in the second half, where we were unable to manage unexpected events. This must serve as a lesson to us.”

Source: skysports
Via: norvanreports
Tags: Cristiano Ronaldo: Juventus boss says he decided to use Portuguese star from the bench on SundayPaulo Dybala and Juan CuadradoSeria A