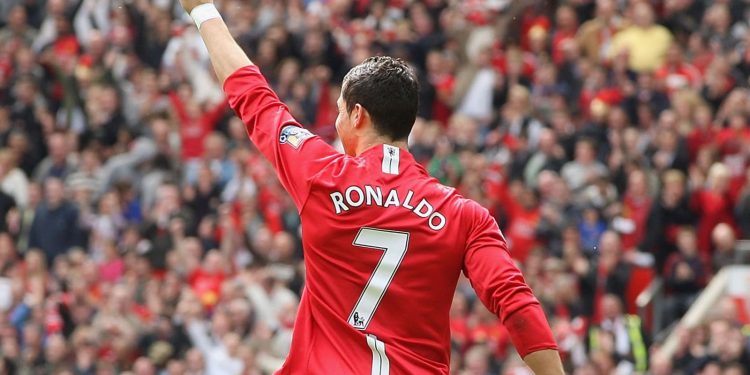 Cristiano Ronaldo will wear the No 7 shirt again at Manchester United after the club was granted dispensation by the Premier League to allocate him the number.

Ronaldo re-signed for United on Deadline Day from Juventus on a two-year contract, with the option to extend for another year.

The Portuguese forward famously wore the No 7 shirt in his first spell at United, but there were concerns he may not have been able to wear that number this season with Edinson Cavani occupying the jersey.

However, with the departure of Daniel James to Leeds on Deadline Day, United have been given permission by the Premier League for Cavani to take James’ vacant No 21 shirt, with Ronaldo reclaiming the No 7 shirt from Cavani.

Ronaldo said: “I wasn’t sure if it would be possible to have the number seven shirt again. So I would like to say a huge thank you to Edi (Cavani) for this incredible gesture.”

United’s announcement came hours after Ronaldo was released early from the Portugal squad after picking up a suspension.

The 36-year-old scored a world record 110th international goal as he fired Portugal to a dramatic victory over the Republic of Ireland in Wednesday’s World Cup Qualifier.

Ronaldo’s record goal cancelled out John Egan’s opener with just a minute remaining at the Estadio Algarve, and he then completed the job with his 111th in stoppage time to seal a 2-1 win.

But after removing his shirt in celebration he was cautioned by Slovenian referee Matej Jug and, having been booked earlier in the campaign, is suspended for Tuesday night’s trip to Azerbaijan.

A statement on the Portuguese Football Federation’s official website said: “Cristiano Ronaldo was excused from the stage of the national team this Thursday.

“The yellow card seen against Ireland, being the second in this stage of qualification, forces him to fulfil an official game of suspension, which will happen against Azerbaijan.”

Ronaldo’s release means he will also miss Saturday’s friendly against World Cup hosts Qatar in Hungary, although there is no indication as yet as to when he will join up with United.

Ronaldo has expressed his delight to be back “home” at United and is hungry to create more history with the club.

The five-time Ballon d’Or winner’s return to Old Trafford was made official on Tuesday morning, as he signed a two-year deal with the option to extend for a further year.

Ronaldo scored a total of 551 club goals across spells at Real Madrid and Juventus after leaving United in 2009, and in an interview with the club, the 36-year-old said it is now the right moment for him to return.

Ronaldo told the official Manchester United website: “I have a fantastic history with this amazing club. I was there at 18 years old and of course I’m so happy to be back home after 12 years. So I’m really glad and looking forward to starting my first game.

“I think it’s the best decision that I have made. It’s right on point in my opinion.

“I moved from Juve now to Manchester, it’s a new chapter, I’m so happy and glad, and I want to carry on again, to make history, to try to help Manchester achieve great results, to win trophies and number one of them, to win great things.”