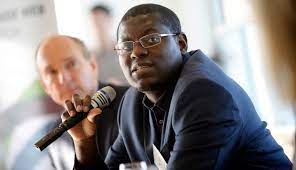 Civil Society Organisations (CSOs) against Ghana National Petroleum Corporation’s (GNPC) acquisition of the Aker and AGM oil fields have said they will not hesitate to drag the National Oil Company (NOC) to court if it decides to go ahead with its acquisition plans.

Speaking in an interview on Accra-based, Asaase Radio, Bright Simmons, Vice-President of IMANI Africa noted the concerned CSOs have enough reasons to halt GNPC’s acquisition plans in a legal action against the NOC.

“The level of commitment to our position is that GNPC action, not in this matter alone but in a wide range of various matters has consistently been against the interest of Ghana, this is not something we are sugar-coating,” Simons said.

“We are deeply concerned about the nature of the action and activities that GNPC is undertaking in this country and we seek to shine light on it… and if something is not done at some point, we may proceed to the law court eventually if we have the right grounds,” he added.

GNPC has come under pressure from CSOs over its decision to acquire 37% interest in the Deep Water Tano Cape Three Points (DWT/CTP) operated by Aker Energy Ghana Limited and 70% stake in the South Deepwater Tano (SDWT) operated by AGM Petroleum Ghana Limited.

The CSOs numbering fifteen (15) and working in the extractive industry, have argued that the country will be shortchanged in the purchase of the two oil fields hence its call for the GNPC to backtrack on its acquisition plans.

“We are clear in our minds that the transactions if approved will shortchange Ghana, the transactions cannot be a guise for poor decisions that threaten the country’s economic and fiscal outlook.”

“Therefore we request Parliament to intervene given that the deal has already gone through all the relevant branches of the Executive ostensible glossing over important threats of the transaction to the country’s fiscal situation,” argued the group of CSOs noting that its members are not opposed to the government increasing its stake in natural resource ownership but that the deal is not in the interest of Ghanaians.

But the Energy Ministry and the GNPC have also argued that the transaction offers significant benefits to Ghana in its quest to develop her petroleum sector. Among others, GNPC gets to build operator capacity at a critical time in history to ensure that the hydrocarbon resources in the country can be fully developed.

Other expected benefits are Ghana’s crude oil production will increase by 140,000 to 200,000 bpd within 3 to 9 years, oil produced may be exported or refined in Ghana for domestic use thereby reducing imports of refined products and conserve foreign exchange, local content agenda can be effectively set by GNPC and a GNPC with operator capabilities will provide enhanced value creation for Ghana.

GNPC Explorco will eventually recoup the capital expenditure as part of petroleum costs and loan offered to GNPC Explorco for the transaction can be repaid at First Oil through securitization of crude oil entitlements.

Additionally, tax expenditures (through exemptions) and initial concessions extended to Aker Energy/AGM will be substantially reclaimed by GoG and assets to be acquired by GNPC Explorco will be done at a discount to current valuation.

Royalties, tax revenues and profits to GNPC Explorco will amount to about USS6.5 billion in nominal value over 15 years and substantial foreign exchange inflows will accrue to Ghana which will contribution to GDP growth and expanded job opportunities.