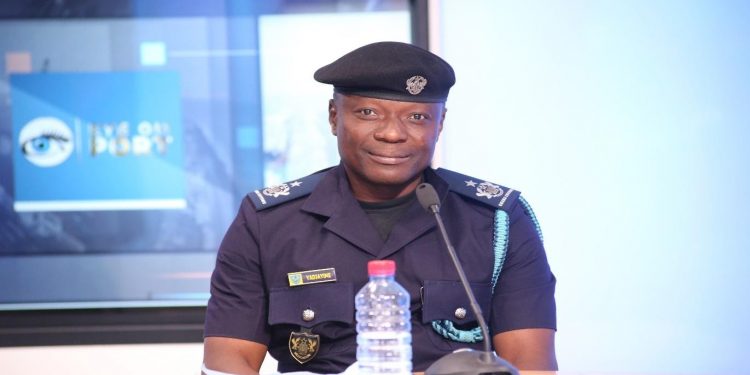 The Customs Division of the Ghana Revenue Authority has encouraged importers of cars to acquaint themselves with the essential details associated with clearance of vehicles at the ports in order to avoid the confusion they are often riddled with.

He emphasized that following the purchase of a vehicle and shipment by the shipper, one needs the services of a clearing agent, who per Ghana’s laws, are the only ones allowed the clear goods at the various ports and frontiers of the country.

According to him for the purposes of accountability and due to the technical nuances associated with customs house business, “these agents are trained by customs to the level of a senior revenue officer”, therefore equipping them with the technical know-how to deal with Customs.

The Supervisor at the Customs Technical Services Bureau stated that after the declaration has been submitted to Customs via the ICUMS, it goes through three stages namely classification, valuation, and the supervisor stage.

He said the classification officer assigns an HS Code to the car, which gives the specific descriptions of the particular imported product. The HS Code he said, is a standardized numerical method of classifying traded products.

Read This: Importers advised to be compliant to enjoy full benefits of ICUMS system

At the valuation level, an officer verifies and uses the classification information to assign a value. He revealed that Customs have software installed that provides the value of all vehicles from the various zones.

After classification and valuation, the Supervisor verifies all the details and approves the bill of entry.

He disclosed that from the supervisor stage, it goes directly to the declarant who can then accept or appeal the valuation.

In the event of acceptance, the declarant will have to pay via any of the accepted commercial banks as well as fulfill payment requirements of the various stakeholders in the clearance chain such as the shipping lines and the terminal operators.

After acquiring the shipping line release, the declarant can then book for a physical examination.

He said, terminal handling charges however are also prerequisites to examination by Customs.

Should examination be vetted successfully, customs will now allow delivery of cargo, after prevention checks at the exit points of the port.

The Supervisor at the CSTB intimated that the various checks and balances, are essential to ensure no revenue leakages or security implications are suffered.

Answering questions from viewers, Mr. Yadjayime noted that differences in duties of the same vehicles can result from exchange rate disparities at different clearance times as well as the origin of vehicles.

He added that vehicles with special features can also attract more duties even though they could be of the same model, hence important for importers to note these distinctions.

Source: Eye on Port
Via: norvanreports
Tags: Customs advise importers to acquaint themselves with car clearance processCustoms Division of the Ghana Revenue AuthorityCustoms Technical Services Bureau (CTSB)Customs via the ICUMS