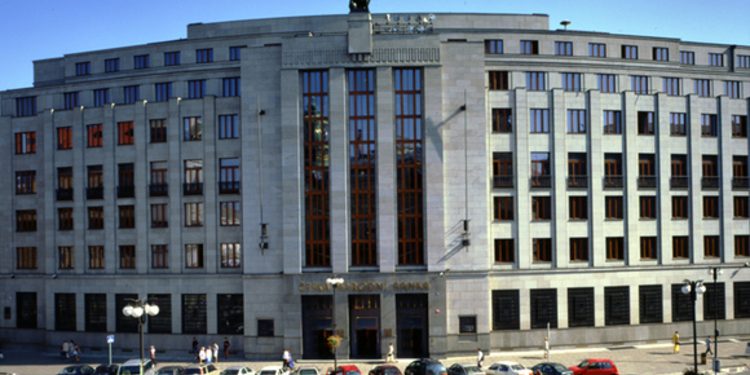 The Czech National Bank (CNB) raised its benchmark interest rate for the second time this year, saying “a gradual tightening of monetary conditions will not jeopardize the recovery of the Czech economy from the pandemic and will reinforce the confidence of Czech economic agents in long-term price stability in our country.”

The central bank for the Czech Republic raised its 2-week repurchase rate by 25 basis points to 0.75 percent and has now raised it 50 points following a similar hike in June when it said its policy stance was likely to be entering a phase of rising rates during the second half of this year.

The CNB did not reiterate this phrase today – even as it raised its outlook for inflation and growth this year – but said its latest forecast was slightly anti-inflationary due to the risk of a faster-than-expected rise in the koruna’s exchange rate from capital inflows and uncertainties that could impact economic activity.

The inflationary risk to the forecast stems from a greater and longer overloading of global supply chains that would push up producer prices even further, CNB added. In addition to raising its 2-week repo rate, the bank’s board raised the Lombard rate, the cost of short-term loans to banks, by 50 basis points to 1.75 percent but left the discount rate unchanged at 0.05 percent.

The board was split in its decision, with one member voting to raise the key rate by 50 basis points, two voting to maintain rates and four voting for the 25-point rate hike. The bank’s key rate is now back to the level it reached between February and May 2018 when the CNB was in the midst of a tightening campaign after a 5-year period of rock-bottom rates in the wake of the European sovereign debt crises.

This monetary tightening cycle came to a screeching stop in March 2020 when the central bank had to reverse a rate hike in the previous month as the COVID-19 pandemic swept through the world.

In March last year CNB cut its rate twice and then followed up with a cut in May for total rate cuts of 2.0 percentage points to cushion the economy from the pandemic. But with inflation worldwide accelerating following a rise in commodity prices, especially food and oil, along with a rebound of demand, central banks are beginning to pull back the extraordinary stimulus unleashed last year.

This week alone, four central banks – Armenia, Georgia, Brazil and now the CNB – have raised their rates, pushing up the global number of rate cuts this year to 41 in 21 countries. With inflation in the Czech Republic rising, the CNB in March began tightening its policy by raising banks’ countercyclical buffer – which had been slashed last year to support banks’ ability to lend.

CNB raised its forecast for consumer prices to rise 3.0 percent on average this year, up from its previous forecast of 2.7 percent, and then rise 2.8 percent in 2022, up from 2.4 percent.

“Inflation will rise well above the upper boundary of the tolerance band around the 2% target in the quarters ahead,” the bank said, adding administered prices will also rise.

But inflation pressures will start to gradually ease at the end of this year as import prices come off the boil and by 2023 inflation is seen close to the bank’s target at 2.1 percent. With the monetary policy of the European Central Bank (ECB) set to remain easy, CNB expects the koruna to rise beyond 25 to the euro in late 2021 and continue to rise, reaching an average rate of 24.5 in 2022 and 24.2 in 2023 from 25.6 this year.

The appreciation in the koruna reflects a widening of the interest rate differential to the euro, a recovery of overall demand, the export of as yet unfinished products and an inflow of foreign capital. Shortly after the bank’s rate hike, the koruna continued its rise since October last year and rose to 25.4 to the euro, up 3.1 percent this year, 7.5 percent since late October 2020, and up 9.4 percent since a low of  27.8 hit in March last year during the height of the pandemic crises.

The Czech economy has bounced back rapidly from last year’s contraction of 5.6 percent with gross domestic product in the second quarter 7.8 percent above the same quarter last year, up from a contraction of 2.4 percent in the first quarter.

“Renewed economic growth will be driven by strongly recovering household consumption, aided, among other things, by the release of part of the forced savings created during lockdowns,” CNB said.

The central bank raised its forecast for growth this year to 3.5 percent from the earlier forecast of 1.2 percent but lowered the 2022 forecast slightly to 4.1 percent from 4.3 percent. In 2023 the economy is seen growing 3.0 percent, a level the bank said was its “steady-state.”