Debt and extractives nexus: the need to strengthening coordination between and among different actors 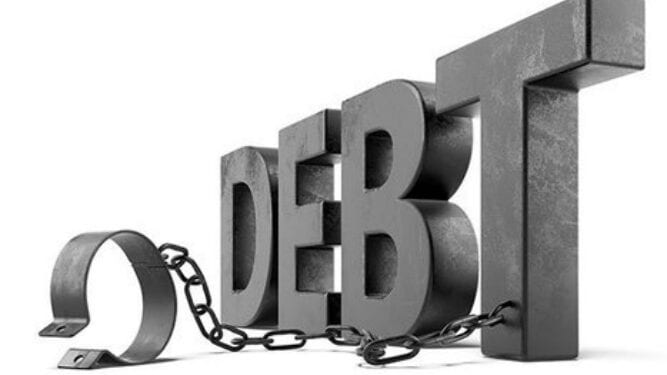 Debt and extractives nexus: the need to strengthening coordination between and among different actors

There is a link between debt and extractives and this link can be understood through resources backed loans (RBL). The focus on RBL has gained traction and has been an important feature of fiscal tension in several resources rich countries following the aftermath of the Covid-19 pandemic which started as a health problem and transformed into a full-blown economic problem.

Resources backed loans are defined as are all loans provided to a government or a state-owned company, where: repayment is either made directly in natural resources (in-kind) such as oil or minerals, or from a resource-related future income stream; or repayment is guaranteed by a resource-related income stream, or where a natural resource asset serves as collateral. Given that the work on resources-based loans in Africa has be fragmented as different stakeholders are working in silos, a coordinated approach is needed.

As a step to consolidate and coordinate all efforts on RBL, the Natural Resources Governance Institute (NRGI), Extractives Industries Transparency Initiative (EITI) and the Organisation for Economic Cooperation and Development OECD convened a round table meeting to understand what different stakeholders were doing, identifying possible areas of collaborations and to galvanize conversation on the link between debt and extractives. As a thought leader on debt in Africa and a key player on extractives issues, the African Forum and Network on Debt and Development (AFRODAD) was the only CSO that was invited to this meeting to share its perspectives.

A study by NRGI has identified 52 RBLs in 14 different countries across sub-Saharan Africa and Latin America, with a total value of $164 billion, made from 2004 to 2018. Two thirds of these RBLs went to countries with a poor or failing score on NRGI’s Resource Governance Index which measures the quality of extractive sector governance in resource-producing countries around the world.

Countries often opt for RBLs because they have huge mineral endowments that they can collateralize in exchange of loans to fund their developmental and infrastructural projects. There are no commitments on how the funds can be used for meaning there are no stringent conditions. RBL have also the advantage that they can be renegotiated in difficult times offering more flexibility. Some even argue that RBL are relatively cheaper as compared to other debt instruments.

From a civic society perspective, using mineral resources for loan repayment is problematic because of commodity price volatility which poses a major challenge for governments loan deals. Some deals are based on the values/price of the minerals and some on the quantities. For those that are value/price based, price crashes can mean that a country would need to produce more resources to repay the loan thereby thwarting benefits to communities and citizens in general.

Furthermore, it is the creditor countries that set the prices of minerals on the international market. Debt is a business so creditors will negotiate and push for deals that are price based and the likelihood of manipulating international prices or setting low mineral prices is very high thereby tilting the benefits in their favor.

For the communities, their expectations from mining projects are high as they anticipate jobs and revenues accruing to their local governments and central government. This will not be possible because the loans that countries would have contracted will be backed by the natural resources in their localities. Resources will be taken away by the creditor countries as loan repayment. It is worrisome to note that the communities might not have benefited from those loans. The situation is also exacerbated by the fact that these loans are contracted secretly opening avenues for illicit financial flows, there is no debt transparency and little or no public participation.

What different Actors are doing?

There are a number of different organisations working on the issue of RBL. The areas that they are working on are disintegrated. It is therefore important to integrate and coordinate this work to ensure that efforts towards RBL are effectively managed for better results.

The NRGI has collaborated with the World Bank to produce a background study on RBLs to inform its Debt Transparency Flagship Report. Further, NRGI is working with African Development Bank on a study informing how Resource Backed Loans may align with the AfDB’s Debt Action Plan and will soon publish a new study reviewing on RBLs extended by commodity trading companies. Similarly, the World Bank is due to publish a transparency report, which will include chapter on RBLs based on engagement with NRGI.

The OECD has taken on an assignment to collect granular data on low-income countries and is finalising a portal that will be publicly accessible. The platform will provide timely, aggregated data on lending, pricing, and other terms, which will assist to better assess levels of sovereign indebtedness in countries that may be more fragile to changes in interest rates, and exogenous shocks that can destabilize countries. Institutions such as the IMF are working on more detailed reporting frameworks improving information on composition of debt for programme countries.

The Institute of International Finance (IIF) is in the process of developing a common understanding of the taxonomy of RBLs, key actors and reporting entities involved in each type of RBL.  The matrix being set out will include data on what specific types of disclosures, disclosure of the provisions, interest rates etc. Precision with regards to transparency requirements for RBLs will provide clarity and support to reporting entities. The China Africa Research Initiative (CARI) at Johns Hopkins University’s School of Advanced International Studies together with Boston University’s Global Development Policy Center have taken a lead in maintaining a database tracking all Chinese sovereign loans to African Governments and state owned enterprises (SOEs).

The EITI through the SOE network group is providing support to SOEs in the implementation of the EITI Standard with the aim of enhancing their reporting. More so, the EITI is developing guidance on disclosure of RBLs with the support of the commodity trading group which it hopes to finalize by the third quarter of 2021. To make meaningful progress on this topic, the EITI recognizes the need for support not only from Governments and SOEs but private companies. As for the AfDB, an analysis of RBLs has been identified as important area for in-country support.

At the country level, stakeholders such as the NRGI are working closely with their partners and like-minded institutions in its priority countries such as Ghana, Guinea and Democratic Republic of Congo which have been emblematic cases for NRGI report on RBL.  AFRODAD has started engagements with parliamentarians from the SADC PF and EALA on the topic through its flagship events such as the Summer School. During the global week on tax which coincided with the SADC People’s Summit, AFRODAD has taken the lead in hosting a session on debt and extractives.

In addition to the launching of its a new debt action plan, work on a report looking at the implications of RBLs on debt in African countries to inform member debt strategy and improve governance/transparency, the AFDB is also focusing on capacity building across the sectors on RBLs. Capacity building and training on RBLs for governments and other stakeholders for better understanding ensures that the legal capacity of government is strengthened to understand implications of agreements and whether they should be entered is key.

For AFRODAD, focus has been on capacitating its stakeholders on prudent debt management through its African Borrowing Charter and improved mineral resources governance through implementation of the Africa Mining Vision. In its work, AFRODAD is contribution to governments and civic society organisations understanding of the risk involved in RBLs. For civic society, this capacity is key in building a movement that can hold the government to account, be transparent and prudently manage its debts and mineral resources.

Key messages from the round table meeting

Among the various issues discussed, the key issues identified include but not limited to:

Going forward, there is need to conduct a mapping exercise with the aim of identifying gaps and potential areas for collaboration, and moving towards a set of practical and actional common standards. Further, stakeholders should continue to generate information, sensitise, capacitate lobby and advocate for prudent debt management and improved mineral resources governance. Given that AFRODAD works on both debt and extractives, it should take a leading role on this work. The other DADs that is EURODAD, APMDD and Latindad should also take lead in their respective regions.