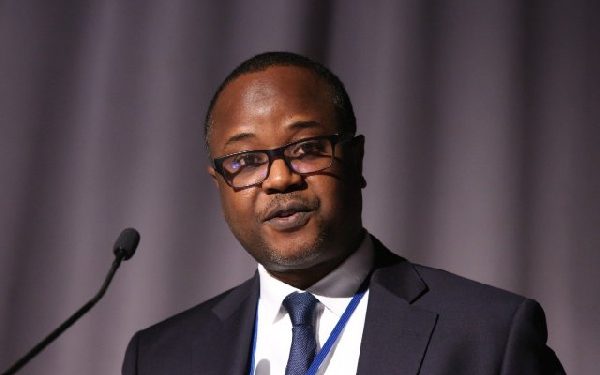 According to him, ODA from bilateral and multilateral sources in the late 1980s and early 2000s was a major source of medium- to long-term concessional financing to the country and was intended to support infrastructure and human capital development, but sometimes used as balance of payments support.

Adding that ODA and donor financing during those period played a catalytic role in promoting private sector-led economic growth and poverty reduction.

“At the peak in 2004, Ghana received about 16.0 percent of GDP in ODA and most key development projects were financed by donors. In fact, donor financing was about 28.6 percent of total revenue in 2004. Those were the times where the Consultative Group Meetings and the Multi-donor Budget Support Basket were central to resource mobilization for both budget support and project financing,” remarked Dr Opoku-Afari while delivering a public lecture at the University of Ghana’s Business School (UGBS) on the topic Re-thinking Development Financing: Macroeconomic management when the Love is gone.

Speaking at the UGBS public lecture, the First Deputy Governor noted that, during those years, Ghana received excessive ODA and donor financing on the back of the Economic Recovery Programme (ERP) and the Structural Adjustment Programme (SAP) advanced by the IMF due to dire economic challenges faced by Ghana and driven by high
fiscal and current account deficits, rising inflation, slow growth, and weak currency.

According to Dr Opoku-Afari, Ghana struggled to manage donor interests in the Ghanaian economy and how to guide them in terms of the areas of funding, adding that excessive ODA inflows became a DUTCH Disease to the country.

“The Macroeconomic Management challenge at that time for most countries, including Ghana, was how to manage donor interests in our economies and how to guide them in terms of areas of funding. Beyond the logistics of managing donors’ participation, we were also confronted with a unique kind of challenge, the Dutch Diseas —not from natural resources—but from excessive ODA flows.

“In fact, Ghana was the darling of donors, and the poster child for the strict adherence to conditionalities under the SAP.

“Then it came to a point in 2006 where Ghana was then referred to as a “Matured Stabilizer” and therefore needed to graduate from such reforms. While we all touted the need to graduate, on the back of which Ghana accessed the international capital markets for the first time in 2007, much attention was not given to the shift that could come with being a matured stabilizer; the paradigm shift in macroeconomic management that will come along with it.

“Being a matured stabilizer and becoming a Frontier Economy means moving away from being fed to now finding food to feed yourself,” stated the First Deputy Governor.