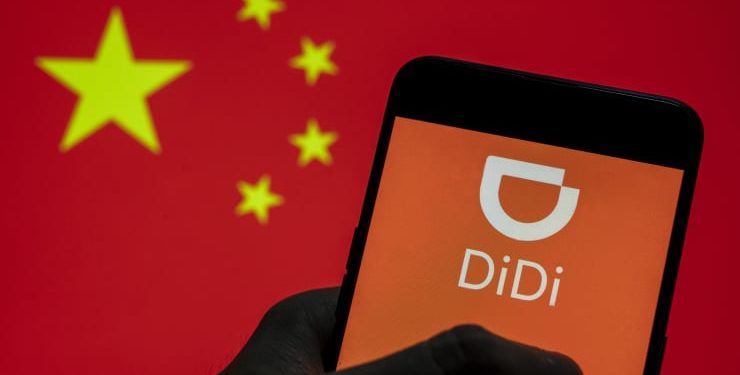 Shares of Didi posted near double-digit gains this week amid a Bloomberg News report that Beijing is eyeing a plan to take the troubled ride-hailing giant under state control by acquiring a stake through government-run firms.

State-owned Beijing Tourism Group and other companies based in the city would invest in Didi under the early-stage proposal pending government approval, Bloomberg News reported, citing people familiar with the matter. The group could also take a so-called golden share with veto power and a board seat to gain control over Didi, the report said.

Didi, which went public on the New York Stock Exchange at the end of June, climbed 2.4% on Friday, bringing its weekly gain to 9.7%. Still, the stock has lost nearly half of its value since its initial public offering amid the regulatory pressure.

Didi didn’t immediately respond to CNBC’s request for comment. It’s unclear what impact state control would have on the ADR structure, which is what trades on the NYSE instead of normal common equity.

Didi is under a cybersecurity review after the Cyberspace Administration of China alleged the company had illegally collected users’ data. The ride-hailing giant was forced to stop signing up new users and its app was also removed from Chinese app stores.

Investors could also be buying the dip recently after getting more clarity on Beijing’s measures. China’s cyberspace regulator earlier this week laid out two main conditions for companies wanting to go public, including complying with national laws and regulations and ensuring the security of the national network.

The Securities and Exchange Commission is also stepping up its oversight on Chinese companies seeking a listing on U.S. stock exchanges. The agency said it will require additional disclosures about the company structure and any risk from future actions from the Chinese government.