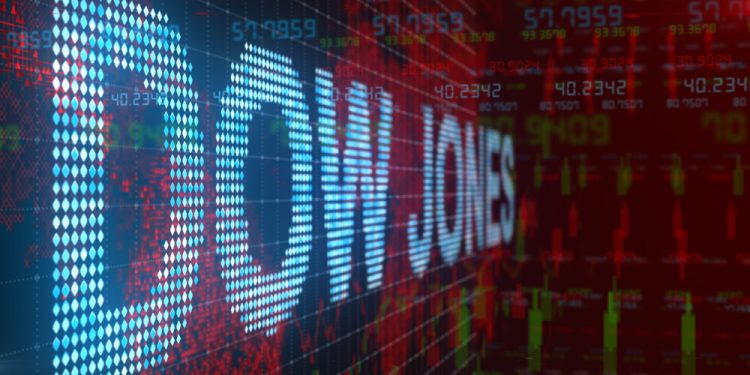 Stocks fell on Friday, with the Dow Jones Industrial Average posting its worst weekly loss since October, as traders worried the Federal Reserve could start raising rates sooner than expected.

St. Louis Federal Reserve President Jim Bullard told CNBC’s “Squawk Box” on Friday it was natural for the Fed to tilt a little “hawkish” this week and that the first rate increase from the central bank would likely come in 2022. His comments came after the Fed on Wednesday added two rate hikes to its 2023 forecast and increased its inflation projection for the year, putting pressure on stock prices.

“The fear held by some investors is that if the Fed tightens policy sooner than expected to help cool inflationary pressures, this could weigh on future economic growth,” Truist Advisory Services chief market strategist Keith Lerner said in a note. To be sure, he added it would be premature to give up on the so-called value trade right now.

Pockets of the market most sensitive to the economic rebound led the sell-off this week. The S&P 500 energy sector and industrials dropped 5.2% and 3.8%, respectively, for the week. Financials and materials meanwhile, lost more than 6% each. These groups had been market leaders this year on the back of the economic reopening.

The decline in stocks came as the Fed’s actions caused a drastic flattening of the so-called Treasury yield curve. This means the yields of shorter-duration Treasurys — like the 2-year note — rose while longer-duration yields like the benchmark 10-year declined. The retreat in long-dated bond yields reflects less optimism toward economic growth, while the jump in short-end yields shows the expectations of the Fed raising rates.

This phenomenon hurt bank stocks particularly as their earnings could take a hit when the spread between short-term and long-term rates narrows. Bank of America and JPMorgan Chase shares on Friday lost more than 2% each. Citigroup fell by 1.8%, posting its 12th straight daily decline.

Fed Chairman Jerome Powell said Wednesday that officials have discussed tapering bond buying and would at some point begin slowing the asset purchases.

“This week’s first whiff of an eventual change in Fed policy was a reminder that emergency monetary conditions and the free-money era will ultimately end,” strategists at MRB Partners wrote in a note. “We expect a series of incremental retreats from the Fed’s benign inflation outlook in the coming months.”

Commodity prices were under pressure this week as China attempted to cool rising prices and the U.S. dollar strengthens. Copper, gold and platinum fell once again on Friday.

Friday also coincided with the quarterly “quadruple witching” in which options and futures on indexes and equities expire. This event may have contributed to more volatile trading during the session.