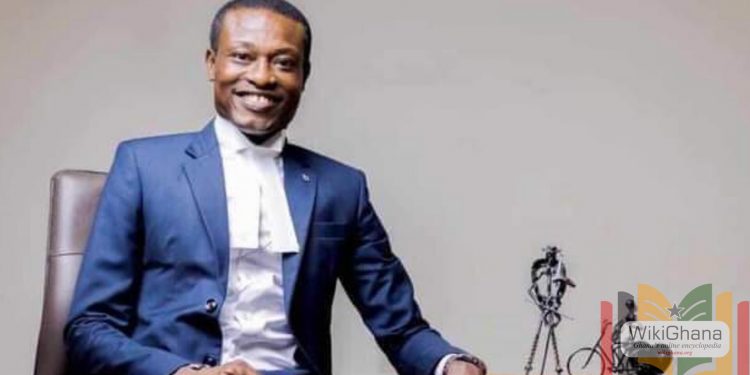 Energy think tank, the Institute for Energy Policies and Research (INSTEPR), has called on the newly appointed Special Prosecutor, Kissi Agyebeng, to investigate what it describes as an electric meter fraud at the Electricity Company of Ghana (ECG).

According to INSTEPR, an investigation it carried out indicates that a government appointee within the NDC government in 2015/2016 through the acquisition of the electric meters – which are now locked up in the warehouse of the ECG due to the fact that the meters were not produced to specifications – defrauded the state of some $36 million.

In addition to investigating and prosecuting the government appointee, the energy think tank also called on the Special Prosecutor to investigate some questionable payments totalling over Ghs 112 million made to First Grace Limited in 2015/2016 as well as some Ghs 238 million paid to 21 companies through a government agency all connected to the fraudulent acquisition of the electric meters.

INSTEPR in an earlier press release questioned the procurement of electric meters to the tune of $36 million by the Ministry of Energy for the Electricity Company of Ghana (ECG).

Describing the procurement as ‘fraud’ in a press release, INSTEPR notes that the acquisition of the electric meters by the Energy Ministry for the ECG was discovered in its investigations into procurement lapses at the ECG following the Auditor-General’s 2020 report.

The total contract price for the supply of these meters were $39,999,566.44, to be supplied over a period of twenty-six (26) weeks. When the contract was signed, an advanced payment of $12 million was paid to L & R Investments plus a Letter of Credit (LC) of $24 million.

Per the contract signed between the Ministry of Power and L & R Investments, the electric meters were to meet certain specifications and standards before shipment to Ghana.

The electric meters, INSTEPR notes, are now locked up in the warehouse of the ECG due to the fact that the meters were not produced to specifications.

INSTEPR per the release is sought to find out the people behind Messrs L & R Investment and Trading Company in Ghana and First Grace Limited.

Read details of press release of INSTEPR below: