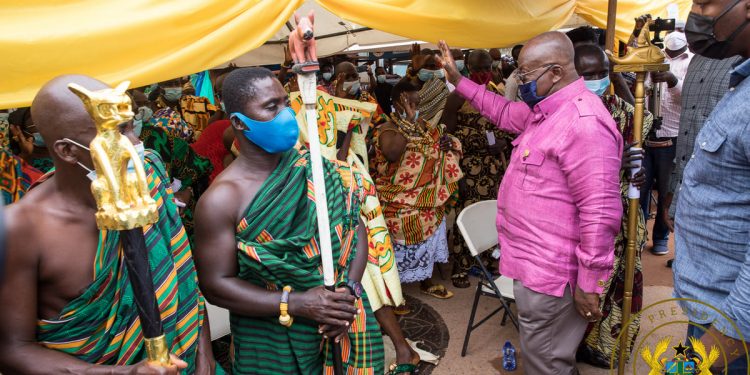 Speaking to Chiefs present at the Western Regional House of Chiefs on his tour of the region, the President said, “I’m still very upset that at the end of day, the matter that we were having discussions on has become the subject of notice of arbitration.”

“This matter should be settled and I will do my possible best to resolve it,” the President said.

ENI a week ago filed a lawsuit at the International Tribunal in London, United Kingdom, to challenge the unitisation of its Sankofa oil field with that of Springfield’s Afina oil field as per a directive issued by Ghana’s Ministry for Energy.

In a statement filed on behalf of the oil major by three renowned lawyers namely Craig Tevendale, Andrew Cannon and Charlie Morgan from Herbert Smith Freehills LLP, Eni is seeking five reliefs from the Tribunal.

Per the reliefs, ENI wants the Tribunal to declare that the purported 9th April Directive, 14th October Directive, 6th November Directive and any other steps taken to implement those directives represent a breach of contract under the Petroleum Agreement.

The claimant also wants the Tribunal to declare that the respondents take no further action to implement the purported unitisation of the Sankofa Field and Afina Discovery on the terms of the purported 14th October Directive, the Draft Unitization and Unit Operating Agreement (UUOA) sought to be imposed by purported November Directive or otherwise.

The third relief the claimant is seeking is an order that the respondent pays damages in an amount to be quantified for the losses suffered by the claimant arising out of the respondent’s breaches of the petroleum agreement, Ghanaian law and International law on a joint and several bases.

ENI’s suit comes on the back of an earlier ruling by a Commercial High Court in Accra, Ghana on Friday, June 25, 2021, which ruled in favour of Springfield, the Ghanaian wholly onwed upstream firm.

In the aforementioned ruling, the Commercial High Court among other things demanded that Eni Ghana relinquish 30 percent of revenues accrued from the sale of crude oil from the Sankofa field and make monthly payments of approximately $40 million into an account agreed upon by both companies.