Everything you need to know about transfer deadline day 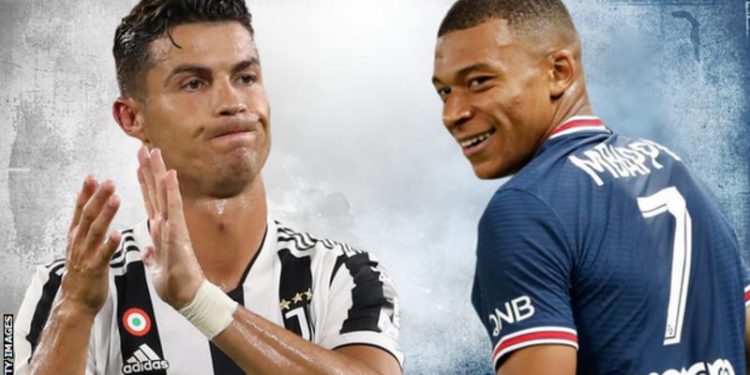 Everything you need to know about transfer deadline day

Premier League clubs have spent close to £1bn in a sensational transfer window which was turned up a notch when Manchester United agreed a shock deal to re-sign Cristiano Ronaldo before deadline day.

The Portugal international had looked set to join rivals Manchester City, but a dramatic turn of events last Friday saw Ronaldo persuaded to return to Old Trafford after leaving 12 years ago.

Premier League champions City may have missed out on Ronaldo, but broke the British top-flight record on a single player by signing midfielder Jack Grealish from Aston Villa for £100m.

Premier League clubs have spent £962m on transfers so far, meaning there would need to be some hefty outlays to reach last year’s summer window figure of £1.3bn.

Arsenal have spent around £140m on reinforcements too, including £50m to Brighton for England international defender Ben White, £30m on Real Madrid midfielder Martin Odegaard and £24m on goalkeeper Aaron Ramsdale from Sheffield United. The Gunners have also cut £200,000-a-week off their wage bill as Brazilian winger Willian had his contract mutually terminated to seal a return to first club Corinthians.

The transfer window has already been a memorable one with Lionel Messi doing the unimaginable by leaving Barcelona and joining Paris St-Germain after his contract ended at the Nou Camp.

That deal alone would have ‘won’ the window for the Ligue 1 side, but they also made eye-catching moves for Italy goalkeeper Gianluigi Donnarumma, Spain defender Sergio Ramos and Netherlands international Georginio Wijnaldum…all on free transfers.

When is deadline day this year?

The transfer window for the Premier League, English Football League and Scotland closes on Tuesday, 31 August at 23:00 BST.

The 2022 World Cup qualifiers start two days later so signings may not meet all their new team-mates until the following week when they return to their clubs.

Read This: Kylian Mbappe: Real Madrid likely to walk away from deal for PSG forward as €180m bid goes unanswered

How about across Europe?

The transfer window for Europe’s main leagues closes on Tuesday too.

Will it be a busy day?

One player who won’t be on the move is England skipper Harry Kane, who was heavily linked with a move to Manchester City, but instead pledged to stay at Tottenham.

But the highest-profile and most expensive deal of the window may yet come on the continent as Real Madrid look to snap up French World Cup winner Kylian Mbappe from PSG after making a second bid of £146m.

The French club are reportedly attempting to make an incredible last-minute effort to sign Erling Braut Haaland from Dortmund as a replacement for Mbappe.

There were just 12 Premier League deadline-day signings last year – the fewest total in recent years – so will we see more deals completed this time?

Title-chasing Chelsea may be the busiest Premier League club on Tuesday with possible incomings and outgoing.

The Blues look like they will need to pay the £68m release clause in order to sign French centre-half Jules Kounde from Sevilla with Borussia Dortmund interested in a deal for winger Callum Hudson-Odoi.

Everton forward Moise Kean may replace Ronaldo at Juventus, while the Toffees could bring in former Newcastle striker Salomon Rondon on loan – and their Colombian international James Rodriguez could return to former club Porto on loan.

Leicester are in talks with RB Leipzig over a permanent deal for Ademola Lookman, while Wolves are interested in taking Sven Botman from Lille.