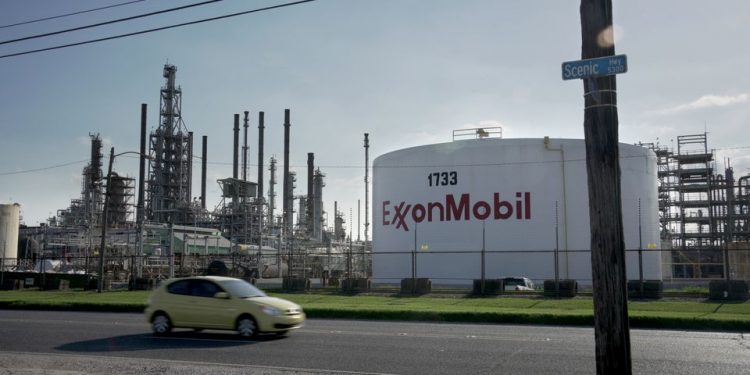 The move comes a little over a month after an Exxon lobbyist said the company supports a carbon tax publicly because the plan to curb climate change would never gain enough political support to be adopted. Exxon Chief Executive Officer Darren Woods had condemned the comments.

“After careful consideration, we have decided to suspend ExxonMobil’s membership in both the Council and Americans for Carbon Dividends, our advocacy arm,” CLC CEO Greg Bertelsen said in a statement.

Exxon was a founding member of the group along with ConocoPhillips, BP, Shell, and Total.

The CLC’s decision marks a u-turn after it supported the oil major in June after the lobbyist’s comments.

Exxon said in a statement the CLC’s decision was “disappointing and counterproductive.”

“It’s more important than ever for organizations to work together to advance meaningful policy solutions to address shared challenges and society’s net-zero ambitions,” it said.

The company said it would continue to be a part of the Alliance for Market Solutions, an organization that also works to try and reduce carbon pollution.

The non-profit organization World Resources Institute (WRI), a CLC member, said Exxon was not aligned with the council’s push to put a price on carbon as a key response to the climate crisis.

“We welcome CLC’s separation from Exxon,” the institute’s CEO, Ani Dasgupta, said in a note, while calling on companies to support a price on carbon in any future legislation that advances in Congress.

“We urge all companies to re-examine their lobbying, political spending and participation in trade associations to ensure that their actions are fully aligned with their public statements on climate change,” Dasgupta said.