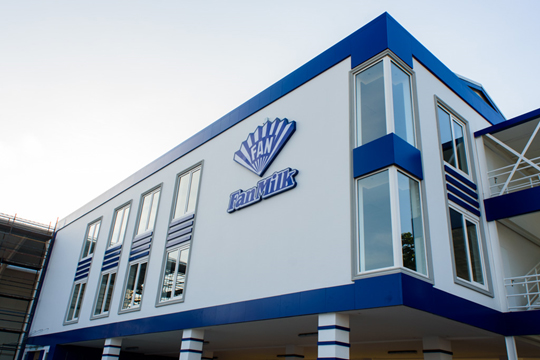 FanMilk Plc, subsidiary of leading food company, Danone, has witnessed an astronomical rise in its profit for the period between end-June 2020 and end-June 2021.

FanMilk, for the period ended June 2021, posted a net profit-after-tax of Ghs 6.9 million.

The growth in the company’s net profit for the review period was mainly fuelled by increments in its revenue.

The company at the end of the second quarter of 2021 recorded revenue of Ghs 239 million, an increase of almost Ghs 55 million from the previous year’s revenue of Ghs 184 million.

The company’s cost of sales however, swallowed a major part of its revenue – Ghs 156 million – resulting in a gross profit of Ghs 82 million.

Must Read: Can Ghana go beyond the group stage with fierce rival Morocco?

Other expenses incurred by the food company eventually chiselled away a major portion of its gross profit ending the quarter with a net profit of Ghs 6.9 million.

Total assets of the food company, for the period under review also recorded an increase in its value.

Of the value of the total assets, non-current and current assets accounted for Ghs 194 million and Gsh 250 million respectively.

Similarly, the company’s total liabilities for the review period increased by some Ghs 72 million year-on-year ending Q2 2021 at Ghs 178 million from a previous figure of Ghs 106 million in Q2 2020.