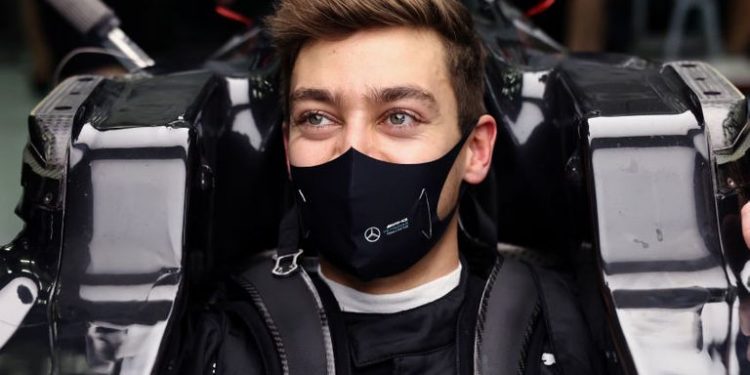 “It’s still early days in his career but we see great potential in him.”

January 2017 and the words of Toto Wolff in Mercedes’ official statement announcing 18-year-old British driver George Russell as the newest member of their young driver programme.

Five years later and that ‘great potential’ will be realised when Russell becomes a fully-fledged Mercedes Formula 1 works driver for the start of the 2022 season as partner to the sport’s most successful-ever.

Why have Mercedes signed Russell?

To put it simply, the 23-year-old Englishman has made his candidature too compelling to keep on hold for any longer.

Since picking up that backing from Mercedes, Russell has comprehensively cleared every single hurdle placed in front of him by those mapping out his progression through the ranks.

Success in the junior categories? Absolutely so, thanks to back-to-back title wins in GP3 in 2017 and Formula 2 in 2018.

Impressing in less competitive machinery? That has been Russell’s calling card since joining the F1 grid with Williams in 2019.

Beating your team-mate? 50 appearances for Williams, 50-0 in qualifying against the sister car.

Achieving something out of the ordinary? Take your pick from either starring – and nearly winning – as Hamilton’s stand-in at Bahrain last winter in a car he had never driven before, or qualifying on the grid’s front row a fortnight ago in Belgium in what turned out to be a podium-winning performance on a treacherous washed-out weekend.

“He has been a winner in every racing category – and the past three seasons with Williams have given us a taste of what the future could hold for him in F1,” explained Wolff in Tuesday’s 2022 announcement

“Now, it is our challenge together to help him continue learning within our environment and alongside Lewis, the greatest F1 driver of all time.

“I am confident that as their relationship grows, they will form a strong team and deliver for Mercedes on and off the track in the years ahead.”

What are Russell’s strengths?

The fundamentals required to land such a top drive are certainly all in evidence.

Russell is a demon qualifier and increasingly rounded racer, regularly taking what has generally been uncompetitive Williams cars into places they seemingly have no right to be.

But it’s not only those racing pre-requisites that mark the King’s Lynn-born youngster out.

As Sky F1’s Jenson Button, who has worked with Russell this year in his role as senior advisor at Williams, says: “He’s a very quick driver but he’s also got a great personality and he works really hard.

“He’s got this eagerness and he’s a good team player.”

At 13 years younger than the 36-year-old Hamilton – who for all his continued excellence and undimmed motivation is inescapably far nearer the conclusion of his amazing career than the start – Russell has certainly shown enough to this point in his career to suggest he could develop into Mercedes’ next long-term leader, on and off track.

Russell vs Hamilton in 2022: What’s the reaction?

Nico Rosberg: “The positive is you have nothing to lose, you have everything to gain because you’re up against the best of all time. No one expects you to destroy him. But if you manage to you’ll be like the absolute biggest hero of all time.”

Jenson Button: “For George it puts more pressure on his shoulders because he’s going into a team that has won multiple world championships, every championship in the hybrid era.

“For Lewis it puts pressure on his shoulders because he’s never had a young hotshot come into his team that he’s had to beat. It’s a very different dynamic from what we’ve seen with British drivers before as team-mates, it was Lewis and myself, so I’m really excited for that fight.”

Damon Hill: “It’s so important to get yourself in a top team as a young driver early on, so you can show what you can do. We saw a little bit of that last year when Lewis got Covid and had to pull out of the Bahrain race, and George was stunning.

“That was an indicator but not the only indicator of how very, very good George Russell is, so he’s earnt this on merit. He’s part of the Mercedes family but he’ll be fully ensconced in the hot seat now alongside the most winning driver in history.”

What have Russell and Hamilton said?

Russell: “I’m under no illusions as to the scale of the challenge; it’s going to be a steep learning curve. Valtteri has set a high bar, consistently delivering week in and week out, scoring wins, pole positions and helping win multiple championship titles.

“My target must be to reward the trust that Toto, the team, and the board have placed in me by ensuring I play my part in continuing that success and I want to do my new team-mates proud. Of course, one of those new team-mates is in my opinion the greatest driver of all time.

“I’ve looked up to Lewis since I was in go-karts and the opportunity to learn from someone who has become a role model both on and off track can only benefit me as a driver, a professional, and a human being.

Hamilton: “He is a great example to all the kids out there that dreams do come true when you chase them wholeheartedly. Through hard work he has rightly earned his spot on our team.

“I look forward to seeing him grow as a driver with this great team and working with him to raise Mercedes higher. See you next year.”