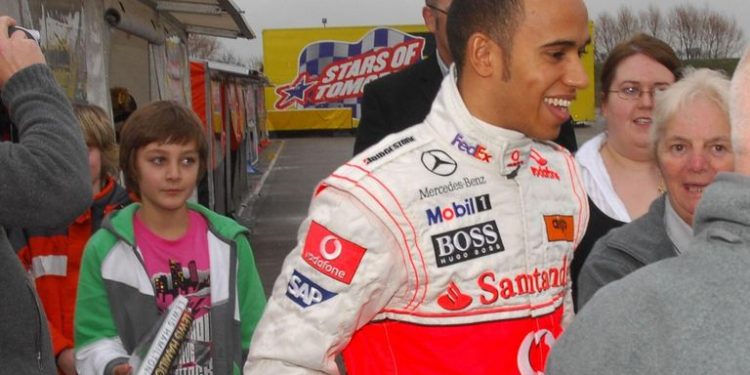 George Russell has recalled his first encounter with Lewis Hamilton when he was just 11 years old, admitting it was “like meeting a superhero” as the newly-confirmed Mercedes driver took a touching trip down memory lane.

Russell was confirmed this week as Hamilton’s next team-mate at Mercedes, with the rising British star, 23, set to take on his compatriot and F1’s seven-time champion from 2022 onwards.

But the pair’s story actually began more than a decade ago, as aspiring karter Russell, hunting an autograph, met Hamilton, then 24 and with just the one title, back in 2009 at a Formula Kart Stars event.

Speaking to the media for the first time since his “dream” move to join Hamilton at Mercedes was announced, Russell fondly remembered that day.

“It was like meeting a superhero,” he said. “When you’re a child at that age and you meet an F1 driver, you don’t think those people are human.

“That was a really special moment for me.

“I even remember it now, which is quite odd to remember a memory from when you were 11 years old.”

Russell also revealed that meeting Hamilton provided the spark for his F1 journey, which takes him to the world champions next year after three seasons shining at Williams.

“It’s pretty surreal to be lining up alongside him next year,” he stated. “When I did meet him that’s when I thought, I want to be like him, I want to be an F1 driver and I want to win world championships.”

Hamilton, who is 13 years Russell’s elder, posted another old photo of the pair – from the McLaren factory in 2010 – earlier this week. He also beamed when seeing the photo of their first 2009 meet.

“This is a great platform for all those kids out there to continue to chase your dreams,” said Hamilton.

Russell sees ‘no issues’ with Hamilton at Mercedes

It’s clear Russell is excited for his big move in 2022.

Hamilton has been in touch this week, too, as the pair look ahead to their new partnership. But while Hamilton said he expects his new team-mate to “bring the heat”, Russell says he sees “no reason why there’d be any falling outs”, with Mercedes particularly keen to avoid a repeat of the Hamilton-Nico Rosberg hostility pre-2017.

“I think Mercedes have had clear experience of a poor dynamic within the team and they’ve made it absolutely clear that they don’t want a repeat, and on a personal level as well, I don’t want that either,” explained Russell.

“I think it’s so important as team-mates to work together to push the team.

“I’d say as well that Lewis and I are at very different stages of our career, which I think also helps. I have a huge amount of respect for him. I don’t see any issues at all.

“I’m sure we’ll race each other respectively but hard, as Lewis and Valtteri have. Lewis and I have got a really great relationship.”

Russell added that he would “definitely be going to Mercedes on level terms” with Hamilton. 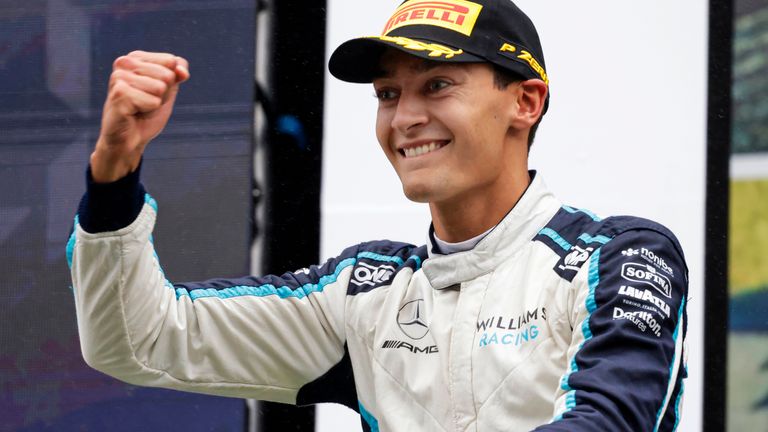 “That was made very clear to me,” he said, before admitting 2022 would likely be a “learning” year.

“Naturally I believe myself and I have high aspirations, but equally I know how tough it’s going to be. Lewis is a seven-time champion for a reason, and I’m probably in one of the most fortunate positions on the grid to learn from him.

“I see this partnership at Mercedes as a long-term thing and I guess I need to use next year as an opportunity to learn everything I can, take it race by race and just see how I get on.”