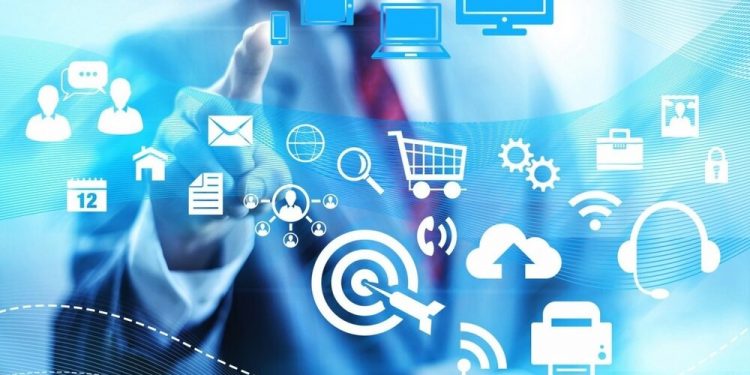 Chief Executive Officer (CEO) of ABN Holdings Limited, George Twumasi, has said Ghana is well-positioned to become the digital hub of the African Continent and to take advantage of the continent’s digital economy valued to be $108 billion by 2025 and expected to grow further to $712 billion by 2050.

According to Mr Twumasi, given the disruption caused in the traditional economy by the Covid pandemic and the fast transitioning to a digital economy, the country has an opportunity to reset its digital economy and make it a powerful income generator.

“Africa’s digital economy according to Google will be $108 billion by 2025 and $712 billion by 2050, I believe that as a country we have an opportunity to reset and make our digital economy a very powerful income generator for the nation and also drive the agenda of the African Continental Free Trade Agreement (AfCFTA),” he stated.

Speaking at the  Graphic Business/Stanbic Bank Breakfast Meeting themed Media and Marketing Communication Post-Covid; A Catalyst for Africa’s Socio-economic Resurgence on Tuesday, Mr Twumasi averred that Ghana, in the media space for instance has the opportunity to lead the continent due to the country’s democratic environment which fosters media growth.

Throwing more light on Ghana becoming the digital hub of the continent with the Ghanaian media leading the media space on the continent, Mr Twumasi noted that Africa in 2020 for instance earned some $600 billion in media advertising.

Of the amount, South Africa alone earned 50 percent with Egypt, Kenya, Nigeria and other African countries sharing the remaining 50 percent.

“According to a PwC report, globally, the entertainment and media industry valued at $2.1 trillion contracted by 5.6 percent, but despite its contraction, the African Continent was however able to earn some $600 billion in media advertising representing 1 percent of total revenue generated in the industry and out of the 1 percent South Africa took 50 percent leaving Egypt, Kenya, Nigeria and the other African countries to share the remaining 50 percent.

Related Story: Ghanaian media urged to take advantage of the digital space to shore up revenues

According to the World Bank, universal adoption and effective application of digital technologies are expected to characterize economies of the future, shaping their ability to succeed in the global marketplace and offer a better quality of life for their citizens.

In 2016, the digital economy the World Bank notes was worth an estimated 11.5 trillion dollars worldwide, equivalent to 15.5 percent of global GDP. It is however, forecast to reach 25 percent in less than a decade, far outpacing the growth of the ‘traditional’ economy.