GNPC-Aker Deal: LUKOIL says it was not engaged by Aker in the sale of 37% stake to GNPC 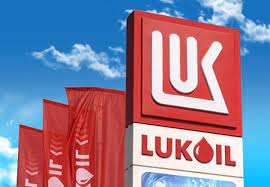 GNPC-Aker Deal: LUKOIL says it was not engaged by Aker in the sale of 37% stake to GNPC

Russian multinational energy corporation, LUKOIL, has said it has not been engaged in plans by the Aker Energy to sell 37 percent stake in the DWT/CTP oil blocks operated by the latter to the Ghana National Promotion Corporation (GNPC).

This, LUKOIL says is despite being a partner to Aker Energy with 38% License Interest and a 42.22% Participating Interest.

In a letter addressed to the Presidency and copied to the Ministry of Energy, Finance Ministry, Aker Energy and the GNPC, LUKOIL asserts that the planned acquisition of the oil blocks poses significant risks to the project execution of the oil blocks adding that to avoid any negative consequences for the DWT/CTP project, LUKOIL going forward should be involved in the following;

Read details of letter below:

Tags: DWT/CTP oil blocksGhana National Promotion Corporation (GNPC).GNPC-Aker Deal: LUKOIL says it was not engaged by Aker in the sale of 37% stake to GNPC