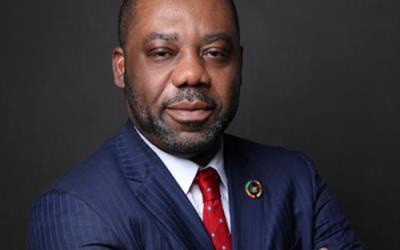 Government has said it is in full support of the Ghana National Petroleum Corporation’s (GNPC) intention to acquire stakes in oil blocs operated by Aker Energy and AGM Petroleum.

This was made known by the Minister for Energy, Dr Mathew Opoku Prempeh, during the swearing-in ceremony of the new Board of the state oil company on Tuesday.

“The government is going to support you [GNPC] 100 per cent in this direction of local content and the promotion of our petroleum resources in the acquisition of shares in some oil blocks.

Government’s support for the acquisition of stakes in Aker and AGM is a slap on the face of Civil Society Organisations (CSOs) in the country who have mounted a spirited opposition to the acquisition plans of the National Oil Company (NOC).

Government’s public declaration of its support of the acquisition comes days after the Chief Executive Officer of the GNPC, Dr K. K. Sarpong in an interview described the CSOs against the acquisition deal as “rabble-rousers.”

According to the CEO of GNPC, some of these CSOs have been hired to do a hatchet job.

“When this conversation started, people have made wild comments, my style is not to respond to rabble-rousers; I do not do that”.

“I have better things to respond to. Some of the CSOs have spoken to us but they are divided and it’s a mockery,” he mentioned.

Some, also, he noted, “are hired by other people just to destroy what we want to do”.

Nonetheless, he said “the discerning ones among them have been to us.”

Must Read: E-cedi can be saved on smart devices, says BoG

The good book tells us to ask, seek and knock [to find]” but “they [CSOs] are not doing it but set their own questions and provide their own answers. It is very unfair to professionals like us”, Dr Sarpong complained in the interview.

Dr Sarpong denied some of the claims made by the CSOs thus: “We are not buying the two blocs at US$ 1.3 billion. We have not said so”.

“What the minister [of energy] requested was the mandate that he can go and negotiate within that limit”, he clarified, noting: “Parliament, after consideration, said it will give a limit of US$ 1.1 billion for the acquisition”.

“Even that is not conclusive”, Dr Sarpong pointed out, surmising: “Maybe, they can beat it [down] and see if people will play ball”.

Further, he explained: “That perception that a price has been determined is erroneous”.

“If you bring two experts to value the two blocs, I will be very surprised that you will get the same figure. Unless their assumptions are the same. I engaged Lambert, some can engage Bank of America, HSBC but the question is: what are the assumptions underlying these valuations? These valuations are to help us get the acquisition price.”