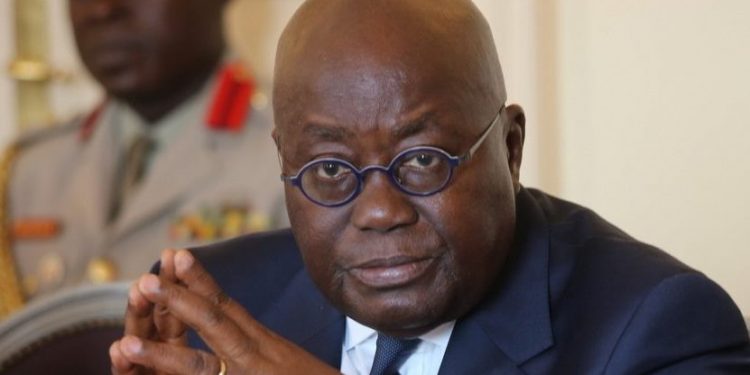 President Akufo-Addo has announced the injection of some $25 million as seed fund for the establishment of a National Vaccine Institute.

The establishment of the National Vaccine Institute follows the recommendation of the a Committee setup by the president and headed by Ghanaian scientist, Professor Kwabena Frimpong Boateng, to investigate Ghana’s potential as a vaccine manufacturing hub to meet national and regional needs.

The recommendation of the Committee comes on the back of the country’s inability to produce its own vaccines amid global shortage of Covid vaccines.

“The global shortage of vaccines means that we must develop our capacity to produce our own vaccines domestically, and reduce our dependence on foreign supplies. We must be self-sufficient in this regard in the future, and prepare ourselves better to deal with any such occurrences in the future.”

“To this end, the Committee I established, under the leadership of the world-renowned Ghanaian scientist, Professor Kwabena Frimpong Boateng, to investigate Ghana’s potential as a vaccine manufacturing hub, to meet national and regional needs, has presented its preliminary report which, amongst others, recommends the establishment of a National Vaccine Institute to spearhead this development. Government has committed to inject seed funding of some twenty-five million United States dollars (US$25 million) this year into this whole enterprise,” announced the president in his 26th televised address to the nation on measures being taken to curb the spread of the Covid virus.

According to the president, the National Vaccine Institute will be charged with delivering the following mandates;

Speaking further, the president noted stressed his commitment to vaccinate 20 million of the country’s adult population asserting that his government is in the process of procuring some 17 million single shots of the Johnson & Johnson vaccines.

Fellow Ghanaians, indications are that, in the course of this quarter of the year, the availability of vaccines for our country will ramp up. Government is, therefore, standing by its commitment to vaccinate twenty million Ghanaians, i.e., the entire adult population, by the end of this year, in spite of the huge global demand for vaccines by countries, and the surge in infections the world over.

We are expecting, through the COVAX facility and the African Union, one million, two hundred and twenty-nine thousand, six hundred and seventy (1,229,670) doses of the Pfizer vaccines from the Government of the United States of America, and two hundred and forty-nine thousand (249,000) AstraZeneca vaccines from the Government of the United Kingdom. Government is also in the process of procuring seventeen million (17 million) single dose per person Johnson & Johnson vaccines, through the African Medicine Supply Platform, in this quarter, remarked the president.

According to the Ghana Health Service, total number of active cases currently stands at 4,521. A total of 1,406,011 tests have been conducted, out of which 102,103 persons have been infected with the virus, and 96,759 persons have recovered.

Total umber of deaths recorded stands at to 823.