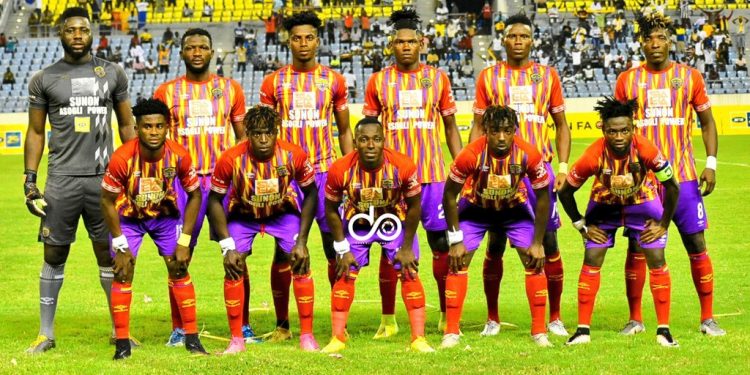 Accra Hearts of Oak’s Champions League clash with Guinean side CI Kamsar next week has been thrown into serious doubt after the Confederation of African Football (CAF) postponed a World Cup qualifier in the country because of a military coup in the West African country on Sunday.

CAF postponed Monday’s World Cup qualifier between Guinea and Morocco after the West African country was rocked by the military coup that has brought the country to a standstill.

The current political upheaval in Guinea could affect Hearts of Oak’s Champions League qualifier against CI Kamsar on 12 September 2021.

With the match between Hearts and Kamsar taking place just next week, CAF could also take the decision over the future of the game as it would not be keen on putting the players and officials in harm’s way.

Monday’s match was scheduled to take place in the Guinean capital of Conakry on Monday but Africa’s football governing rescheduled the game citing the insecurity.

Match officials, who have been assigned to handle the game, have been all recalled while Ghanasoccernet.com sources within Conakry say the Morocco team is preparing to leave the country.

Indeed, an attempted coup is underway in the capital where an armed group stormed the presidential palace of the Head of State, Alpha Condé who was re-elected in 2020 for a third term.

A new date will be announced later for the match but CAF says with the military taking over the government on President Alpha Conde Sunday morning it is impossible to play the game on Monday.

Morocco’s national team players who are already in the country are safe but the country’s federation has brought in a private jet to fly them out following the decision by CAF.

The match was scheduled to take place in the Guinean capital of Conakry on Monday but Africa’s football governing rescheduled the game citing insecurity.

The return leg of Hearts’ match against Kamsar is scheduled for 19 September 2021 at the Accra Sports Stadium.