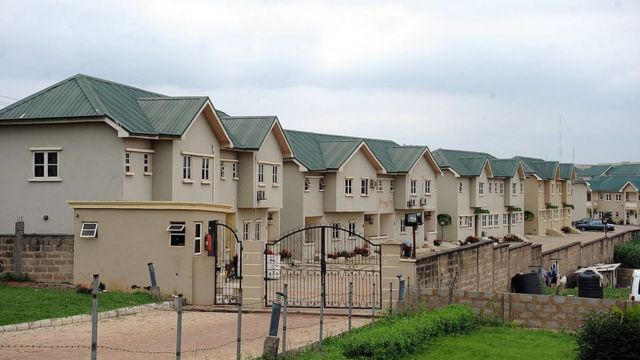 The Federal Government has announced that it will set up a National Housing Bond to address Nigeria’s housing deficit.

This was disclosed on Tuesday by the Minister of Works and Housing, Mr Babatunde Fashola, during a tour of the Federal Housing Authority’s and Cosgrove’s Estates, stating that the project would help developers provide houses for all categories of Nigerians.

Fashola added that all Nigerians were in need of housing and that the FG could not do all the heavy lifting alone, so most developers needed access to land and building materials, and they should build for all types.

What the Minister said

“There is Cosgrove Estate in Mabushi which is purely private sector driven; the one at Guzape is in partnership with government (Federal Housing Authority), ENL Consortium and Bauhaus International Limites. The one in Zuba is government-driven.

“We will be working to create a National Housing Bond that housing developers can access at a very reasonable rate. That is something I will be engaging my colleague, the Minister of Finance.

Read This: Naira gains at forex markets as external reserves increase by $533 million in 4 days

“This tour to estates at Mabushi, Guzape and Zuba is to show you that a lot of things are going on in the housing economy of the country,” Fashola said, adding that the Housing categories for Nigerians could not be fully met to reduce the deficit unless the private sector got involved.

Recall Nairametrics reported in July that the Ministry of Works and Housing stated that it was working with the Ministry of Finance, Budget and National Planning to lower interest and lending rates to reduce Nigeria’s housing deficit.

“What government can do to strengthen that space is to use its fiscal and monetary policies muscles to make it even more prolific to play by bringing down the rates – interest and lending rates.

“Government should ensure long tenure financing and these are conversations I’m having with my colleagues, the Minister of Finance, Budget and National Planning,” Fashola said.