How Salah became a centurian 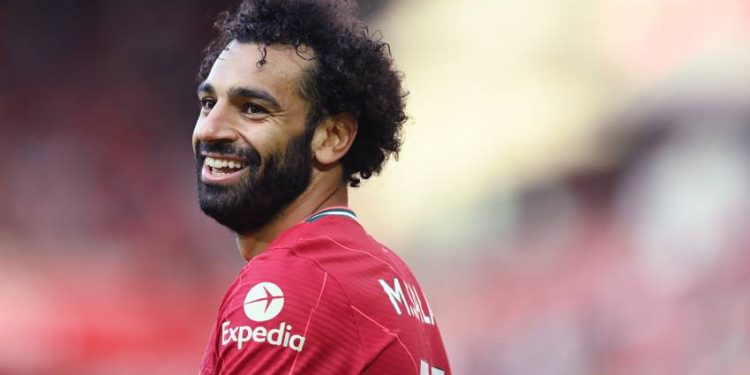 How Salah became a centurian

Mohamed Salah joined an exclusive club of Premier League players with his goal in Liverpool’s 3-0 win over Leeds on Sunday.

The Egyptian becomes the 30th player to score a century of goals in the Premier League, but more impressively, he is the fifth-fastest to reach the tally.

Here, we look back at how Salah cast aside an underwhelming spell at Chelsea to become one of the Premier League’s all-time greats at Liverpool.

Salah’s Premier League journey hasn’t been as smooth as his run to 100 league goals would suggest. Remember the ill-fated 30-month spell at Chelsea which started it all?

The Egyptian winger had scored for Basel in both of their Champions League group games against Jose Mourinho’s side, prompting his transfer to Stamford Bridge in January 2014.

But he would go onto make only 13 Premier League appearances for the Blues, and score only two goals, before he was shipped off on loan to Fiorentina and then Roma, who he joined on a permanent transfer in 2016.

“He’s a fantastic player with speed,” Liverpool manager Jurgen Klopp said after his move was agreed. “We said after last season that we would try to add things to an already really good squad.

“One of those things is speed. He brings that, as well as being able to provide and to finish. He brings all that.”

Salah would bring more than just speed. In his first season, he equalled Roger Hunt’s record from 1961 of scoring 23 goals before the New Year, and went on to edge Harry Kane in the Premier League Golden Boot race with his 32-goal haul.

From there, things kept on getting better.

“This is very special,” Salah told Sky Sports after becoming the highest scorer in a 38-game Premier League season when winning that Golden Boot.

“I am trying to improve every year so I am very happy. It’s special to break the record here.”

Salah hasn’t quite hit those goalscoring heights since, but he has broken the 20-goal mark in two of his three other full seasons in the Premier League, while adding a title winners’ medal, plus another Golden Boot, to his trophy cabinet.

Now, 2,732 days after his first goal, Salah has become the latest member of the Premier League 100 club, and only the second from Africa, after Chelsea legend Didier Drogba.

The speed with which he has reached the tally – Sunday’s meeting with Leeds was his 162nd Premier League appearance – puts him among the very best goalscorers in the competition’s history.

“Mo’s record is crazy,” Klopp told Sky Sports at Elland Road. “I don’t know how many more records he can break but he’s probably desperate to do so.

“What a player – and he’s still hungry. I saw him in the dressing room and we were all in the situation concerning Harvey Elliott but he was still not happy for not scoring one or two other goals.

“That’s how top-class players are”

And at 29, Mohamed Salah is far from finished yet.