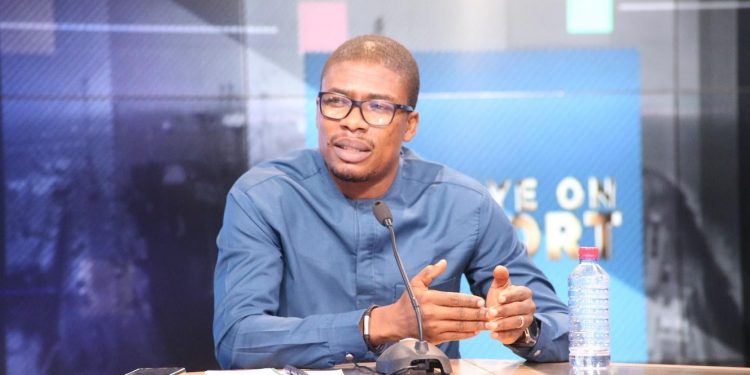 The Director of Operations at Ghana Link Services Ltd, Raymond Amaglo, has urged importers and in extension, clearing agents, to eschew dishonest practices during the import clearance process in order to avoid frustrations that may emerge as a result.

Educating the public on the car clearance process on the Eye on Port program, Mr. Amaglo stated that the Integrated Customs Management System deployed by Ghana Link is robust and doesn’t give room to malpractices in the clearance processes.

He said, “declarants have to ensure that they are putting in the right information. If you are not compliant, the system is able to frustrate you.”

The Director of Operations in the same vein, averred that the ICUMS rewards compliant users, by ensuring a seamless, convenient, and quick turnaround time during the clearance process.

He revealed that “vehicle declarations are now being churned out in a matter of hours from Customs, so if they are able to truthfully and accurately declare they would have a very good journey with ICUMS.”

Mr. Amaglo touted ICUMS for ensuring that importers save time and money with its pre-manifest declaration which allows declarants to submit documents and pay relevant duties and taxes electronically prior to the arrival of the shipment into Ghana.

Read This: Forex Auction: $69 million bids made by buyers refused by BoG

“One advantage of the pre-manifest declaration is that, once you have paid at this stage, you won’t be affected by exchange rate increases when customs update it weekly until arrival of vessel,” he disclosed.

The official from the IT solutions company revealed that ICUMS has integrated with all commercial banks operating in the country, as well as enabling importers to pay with the various payment options, such as visa, Mastercard and mobile money, unlike in previous years.

Mr. Amaglo added that “with the way ICUMS works, you do not even need to hand money to the agent to pay duty if you don’t want to. You can pay directly.”

He said ICUMS’ integration with the various stakeholders in the clearance chain has created a centralised platform for submission of relevant information, making it easy for importers to remotely and conveniently do business.

Key among the benefits of the ICUMS system, according to the Director of Operations, is the retention of the duty calculator which helps importers of used cars get a close estimate of duties payable.

He revealed that ICUMS is only in its first phase and the development of the second phase is in advanced stages.

Mr. Amaglo said this would include an e-auction process, which will be due by September.

In addition to that, is the Advanced Passenger Information System to be used at the Airport for risk profiling of cargo and people.

Lastly, an e-wallet system would be introduced to serve as a safety net to keep the outstanding balances for future transactions with the GRA.