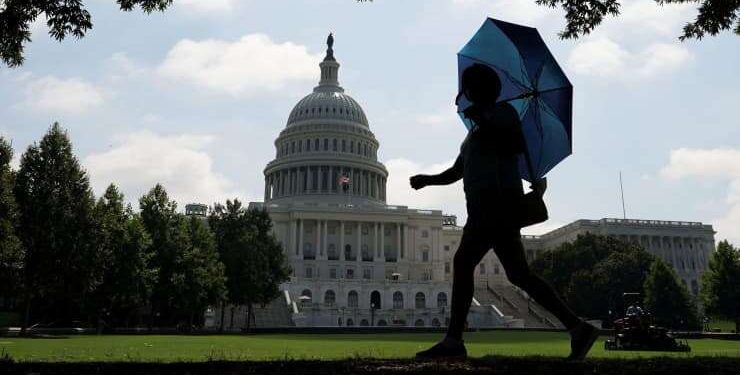 The bipartisan Senate infrastructure bill would add $256 billion to budget deficits over a decade, the Congressional Budget Office estimated Thursday.

The report from the nonpartisan agency did not take into account potential revenue increases created by economic growth. As it stands, the CBO said the bill, which does not include tax increases, would generate about $50 billion in revenue.

Senators who crafted the plan had said it would be fully paid for through a range of sources including repurposed coronavirus relief funds, unused unemployment insurance aid and economic activity generated by the investments.

In a statement responding to the CBO estimate, lead infrastructure negotiators Sen. Rob Portman, R-Ohio, and Sen. Krysten Sinema, D-Ariz., said the bill’s spending “is offset through a combination of new revenue and savings, some of which is reflected in the formal CBO score and some of which is reflected in other savings and additional revenue identified in estimates, as CBO is limited in what it can include in its formal score.” They said they would work to get the bill passed by Congress and signed into law.

The Senate was considering amendments to the bill Thursday, and Majority Leader Chuck Schumer, D-N.Y., aims to pass it before early next week. The release of the CBO report was one of the key steps remaining before the Senate votes on the proposal.

The legislation includes about $550 billion in new spending on transportation, broadband and utilities.

Republicans have renewed their concerns about federal spending and deficits as the Democratic Congress and White House push to invest trillions of dollars in infrastructure and social programs. Several GOP senators whose support may be needed to pass the bill have said its effect on long-term deficits would play a role in how they decide to vote on it.

It is unclear whether the CBO’s score would be enough to make any Republicans who back the plan reconsider their support for it. Senators who voted to move forward with the bill, including Roy Blunt, R-Mo., have said they wanted to see the CBO’s cost estimate for the plan.

President Joe Biden proposed a more than $2 trillion infrastructure plan earlier this year, calling for a hike in the corporate tax rate to 28% to pay for it.

Republicans criticized his plan, saying they would not support a bill that reversed their 2017 tax cuts. The law slashed the corporate rate to 21% from 35%.