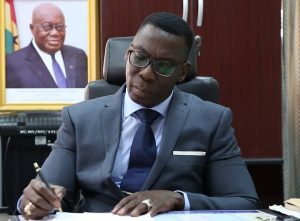 Insurance companies in the country have to the end of this year to meet the Ghs 50 million minimum capital requirement set by the National Insurance Commission (NIC).

This goes contrary to the announced 2022 deadline by the NIC for insurance firms to meet the minimum capital requirement.

Making the assertion in a media interaction, Commissioner of the NIC, Dr Justice Ofori, averred insurance firms that are unable to raise the set minimum capital requirement will cease their operations.

“We are still encouraging the insurance firms to meet the minimum capital requirement by the end of this year. Most of the insurance companies have brought their work plan on how they are going to achieve the Ghs 50 million. So it’s in progress and by the end of the third quarter we will have a clear picture of those who can meet it and those who can’t. But most of the firms are doing all they can to meet the requirement,” he intimated.

Previously, insurance companies were to recapitalise by June 30, 2021. But this was later postponed to early 2022, the NIC per the Commissioner’s statements seem to have revised the deadline to December 2021.

Insurance companies in the country are to recapitalise with a minimum of Ghs 50 million.

The new MCR according to the NIC is to strengthen the balance sheets of regulated insurance entities, thereby enhancing their underwriting capacity and make resources available for investment in essential technology.

The move is also to improve the development and distribution of appropriate products to increase insurance penetration while strengthening the regulatory framework, implementation of risk based supervision and solvency requirements, strengthening risk management and corporate governance structures and practices including claims payment culture within the industry.

Meanwhile, the Commissioner has stated that twenty-five percent (25%) of all insurance claims made in the country are fraudulent, inflated, and staged by insured persons.

“I don’t have the exact figure but I can say that in Ghana we should have about 25 percent of claims being fraudulent, staged and inflated, to the point that even sometimes insured persons stage their death to make a life claim,” Dr Ofori stated.

Adding that, fraudulent claims add to the high cost of premiums charged insured persons in Ghana and globally.

“So far as there are leakages (fraudulent claims) it results in high premium payments for consumers worldwide,” he added.

Globally, fraudulent claims account for 40 percent of all insurance claims made.