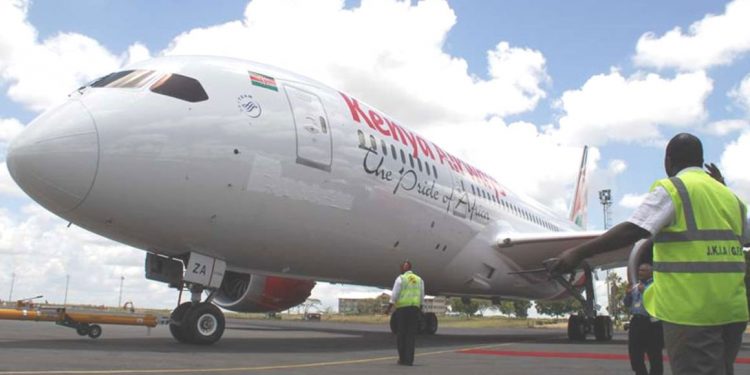 Kenya Airways is leasing two idle planes to Congo carrier in a deal will see the cash-strapped airline save over 100 million annually on maintenance cost and earn additional revenue from hiring the crafts.

KQ on Monday signed a wet aircraft lease agreement with the Congo Airways, which will see the airline rent the two aircraft and crew for an initial two years.

The national carrier is leasing two Embraer jets that remained parked at Jomo Kenyatta International Airport (JKIA) after KQ cut routes and frequencies on the back of low numbers for passengers.

“… this is an important step in enhancing cooperation to increase air connectivity and offer greater passenger and cargo options between the two countries. The timing of this agreement is correct, considering the severe impact of the Covid-19 pandemic on the aviation industry, as it will increase the utilisation of our aircraft,” said KQ chief executive Allan Kilavuka.

The airline has been spending Sh465,000 a day or Sh14 million monthly on maintenance for three unused planes.

KQ has a fleet of 36 aircraft and it owns 19 of these while it has leased 17 from the lessors that include Nordic Aviation Capital and GECAS. Embraer forms the bulk of its fleet with 15 aircraft.