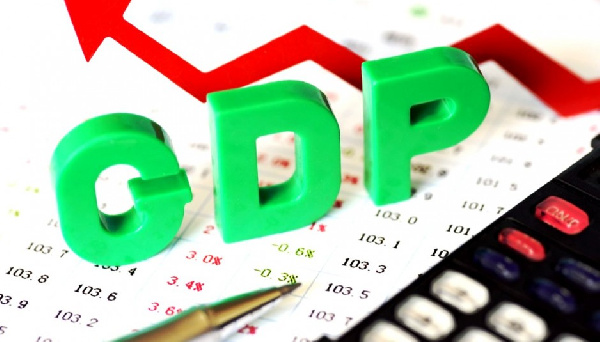 Kenya’s economy has expanded by Sh515 billion than earlier thought after it was rebased to capture new sectors whose output had grown in recent years.

The review of national economic data — commonly known as rebasing — increased 2019 GDP in nominal terms to Sh10.2 trillion up from Sh9.7 trillion.

This was much lower than the 25.4 percent jump when Kenya rebased the economy a decade ago that increased 2013 GDP from Sh3.6 trillion to Sh4.3 trillion.

The rebasing in 2014 allowed the government to account for changes in the production structure, relative to product prices and products, which led to changes in the size of GDP, growth rates, contributions by sector, and related indicators.

Analysts say most of the economic sectors that had been unaccounted for were brought on board at the time, which meant subsequent rebasing would not yield similar gains.

“With Kenya rebasing its GDP, we expected an upward revision but not as big as the 25 percent, that we saw in 2014 because a sizeable share of the informal economy was incorporated then.

Plus, as the economy gets bigger, the percentage upside is likely to get smaller,” said Yvonne Mhango, acting head of Research Africa, Africa Economist at Renaissance Capital.

The rebasing in 2014 helped Kenya overtake countries such as Ethiopia, Tunisia, and Ghana and claim position nine in the list of largest economies in Africa from the previous 12.

The country also jumped about 10 spots globally from position 87, overtaking nations such as Guatemala, Bulgaria, Costa Rica, and Lebanon.

The UN Statistical Commission recommends that countries rebase every five years. Rebasing enables economic estimates to better account for the current structure of the economy and sectoral growth drivers and to better reflect the performance of the most important parts of the economy.

It also has significant implications on the type of financing countries can access on the global markets. The 2014 rebasing lifted the country to lower middle-income economic status and effectively locked it out from accessing most concessional financing available to low-income economic countries.

It, however, gave Kenya access to more commercial funding that saw it accumulate Eurobonds and syndicated loans, which accounted for about 26 percent of external public debt at the end of 2020.

The latest update saw a 34.7 percent drop in agriculture, forestry, and fishing, with the market value of growing crops declining more than Sh1.2 trillion.

Agriculture no longer represents a third of the economy but is still the biggest component after falling in the new structure to 20 percent from an average of 32 percent.

“The most notable change was in the contribution of agricultural activities to total GDP that shed 12.5 percentage points from a five-year average of 32.9 percent in the old series to 20.4 percent in the new series,” the Kenya National Bureau of Statistics (KNBS) said.

The most significant upward revisions in magnitudes of nominal gross value added were in transportation and storage, real estate, and public administration. Information and communication technology and professional scientific and technical activities were estimated at approximately double the previous levels.

The modest growth may help Kenya accommodate more debt. The Treasury has set out to borrow an additional Sh929 billion in the current fiscal year.

The higher GDP figures improve Kenya’s debt-to-GDP ratios and can, therefore, be applied by the country to justify the capacity to carry a larger debt load.

Kenya kicked off its fourth Eurobond offer this year with a promise to review the size of the economy.

The revised figures, however, mean that debt is currently 72 percent of the GDP for 2020, which is still above the set thresholds to measure sustainability.

He is, however, wary of a possible slump in agriculture due to lower than average rainfall in the first half of the year as well as the impact of high transport and energy prices on inflation and the economy.