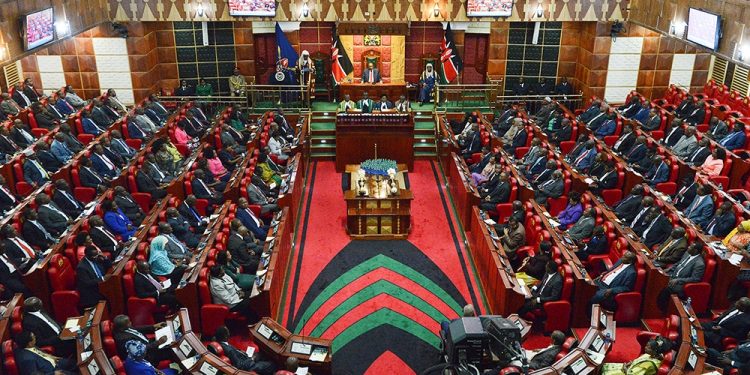 Journalists were Tuesday barred from covering a parliamentary committee meeting called to scrutinise spending by the Presidency.

The restrictions saw the accounting officer at the Office of the President appear before the Public Accounts Committee (PAC) to answer audit queries without media coverage.

“Failure to settle bills during the year in which they relate to adversely affects the provisions of the subsequent year to which they have to be charged,” Auditor-General Nancy Gathungu had said in an unqualified audit opinion.

The Head of Public Service Joseph Kinyua heads the Presidency and is the accounting officer.

PAC, which traditionally sits at Room 9 of the Main Parliament Building, has held almost all its meetings with accounting officers or Principal Secretaries to scrutinise Auditor-General’s findings on the books of accounts for the national government in the open and in the presence of the media.

“No! No! Who issued such instructions? I am the chairman of the committee and I am not aware you were blocked. In any case, they (Presidency) appeared on the issue of pending bills and took less than 30 minutes. Let me find out who issued the instructions to bar you,” Mr Opiyo Wandayi, who chairs the committee said when reached on phone for comment.

Reporters who turned out to cover the committee proceedings were locked out at the entrance of the main Parliament Building.

Parliamentary officers manning the gate were categorical that “we have instructions not to allow access to any member of the media unless we are authorised by our boss.”

Not even the Kenya Broadcasting Corporation (KBC) staff attached to the Parliamentary Broadcasting Unit were not spared as they were held at the gate for hours “waiting for clearance.”

The Wandayi-led committee met with the team from the Presidency at 10 am to scrutinise findings of the report of the Auditor-General for the year to June 2019.

Read This: GSE-CI ends August in the green; returns 41.66% to investors

President Uhuru Kenyatta had in June 2019 directed State corporations, ministries, agencies and the 47 county governments to clear pending bills that had been approved for payment.

Treasury Secretary Ukur Yatani had in January admitted that the State firms had failed to comply with the presidential directive on pending bills.

Treasury data shows that pending bills by ministries, departments, and agencies (MDAs) stood at Sh346.2 billion as of September 2020, having risen from Sh334.2 billion in June, increasing the financial pain of small and medium enterprises (SMEs) that are struggling to make sales in an economy ravaged by the Covid-19 pandemic.

Parastatals accounted for Sh284 billion of the unpaid bills while ministries had Sh61.7 billion, up from Sh48.3 billion in June.

Some contractors and suppliers have linked the non-payments to the collapse of their businesses and the auction by banks over loan defaults.

In November last year, the Treasury threatened to stop releasing funds to scores of State agencies and ministries until they started paying the amount owed to their suppliers and contractors.