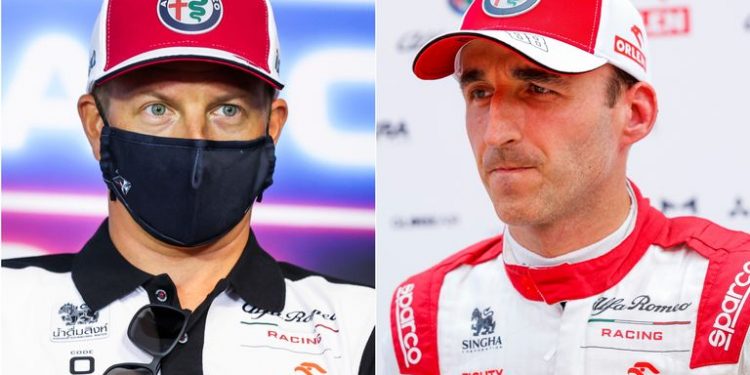 Kimi Raikkonen has tested positive for Covid-19 and will miss this weekend’s Dutch Grand Prix.

Raikkonen, 41, took part in Friday practice at Zandvoort but Alfa Romeo confirmed on Saturday morning that he had returned a positive result in the latest round of testing.

He will be replaced by reserve driver Robert Kubica for the rest of the weekend.

Kubica, with 97 race starts and one win, most recently raced in the sport in 2019 with Williams.

“Kimi is displaying no symptoms and is in good spirits,” confirmed Alfa Romeo.

“He has immediately entered isolation in his hotel. The team wishes Kimi a speedy recovery.”

They said no other members of the team had been impacted by Raikkonen’s positive test.

Practice Three starts at 11am on Saturday, with qualifying at 2pm.

Raikkonen, F1’s record-holder for race starts with 341, came into the weekend on the back of confirming he will end his 19-year career in the sport at the end of this season.

But he will now miss the first Dutch GP in 36 years, with Kubica getting another chance back in F1, partnering Antonio Giovinazzi.

Kubica made a remarkable F1 comeback for the 2019 season as he returned following a nine-year absence, enforced after suffering severe and life-changing arm and hand injuries in a rally accident in 2011.

Before that, Kubica was one of the rising stars in the sport, going toe to toe with the likes of Sebastian Vettel, Fernando Alonso and Lewis Hamilton and claiming victory for BMW Sauber at the 2008 Canadian GP.

He partnered George Russell at Williams in 2019 and while he was out-qualified in every round the Pole, despite the limited mobility in his right arm, scored the team’s only point of the season.

After being replaced by Nicholas Latifi, he joined Alfa Romeo as the team’s reserve driver.

Kubica has driven the C41 car in three practice sessions this season.