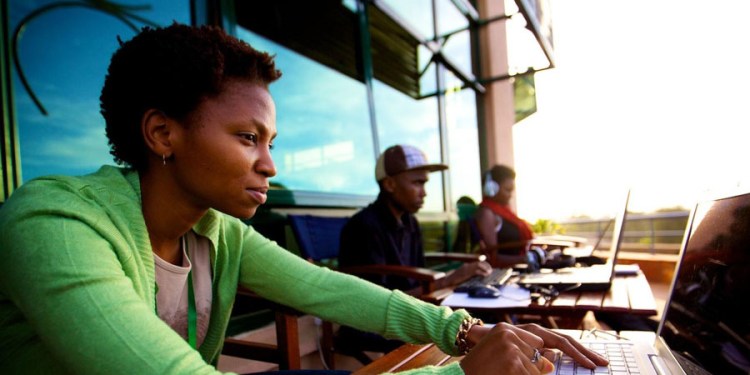 Lagos, the commercial capital of Nigeria has overtaken Nairobi, Kenya to become Africa’s top startup ecosystem. This is according to the Global Startup Ecosystem Index 2021 which was released by StartupBlink.  The report ranks Lagos 122nd globally, overtaking Nairobi, Kenya, which now ranks 136th globally.

Once a year, StartupBlink releases the Global Startup Ecosystem Report, ranking the Startup Ecosystems of 1,000 cities and 100 countries to provide free quality information for startup founders so they can make intelligent decisions about relocation and the right place to build their startup. The report is built using hundreds of thousands of data points processed by an algorithm that takes into account several dozens of parameters including the number of startups, the size of the domestic market, the ease of doing business amongst others.

The top 5 countries which include United States, United Kingdom, Israel, Canada and Germany have all maintained their rank from last year despite the global pandemic that affected these economies adversely. Notably, Israel, which had taken 3rd spot from Canada has maintained its momentum at #3 and Germany, which took a giant leap from 9th position to 5th position in 2020, has also maintained its position at #5. Outside of the top 5, a notable change is China taking the 7th spot, jumping from the 14th spot. In 2019, China was not a part of the top 20 and it is astonishing how the country rose into the top 10 in just 2 years. Brazil dropped from the top 20 spots to now rank 24th in the world. The UAE is now ranked 25th globally and had one of the most impressive rank increases this year, coming from the 43rd spot in 2020. Taiwan is now ranked 26th globally coming from the 30th spot.

San Francisco and New York remained the top two startup ecosystem cities in the world compared with the report of last year. San Francisco, being referred to as the “supernova” of startup ecosystems, scored 328.96, while New York scored 110.77. Notably, Beijing came from the 6th spot to take the 3rd spot in 2021. The report stated that the sheer market size of China and its unique political and civil structures allowed it to build successful and isolated ecosystems, with advantages in data gathering, AI, and other sectors that are all responsible for its growth. London, ranked 5th, is facing a challenging environment. Since 2017, it stood its ground as the 3rd ranked ecosystem globally.

South Africa moved to take the 48th spot to become the first African country in the global top 50. In Africa, there is positive momentum, with countries such as Kenya (61), Nigeria (63), Jordan (64), and Bahrain (66) moving further up in the rankings, while we see the national ecosystems of Namibia (99), Ethiopia (100), and Mauritius (73) feature in the rankings for the first time.

South Africa’s growth is attributed to its private-sector startup ecosystem and the availability of early-stage investments, thanks to forward-thinking public initiatives, while Kenya rose one spot to rank 61st globally and 2nd in Africa as made possible by its innovative tech hub, especially for mobile payment solutions. The presence of global tech giants like Google, Microsoft and Samsung in its capital city also helped its growth.

Other African countries in the top 100 include Egypt which climbed 11 spots to rank 70th, Namibia ranked 99th followed by the vibrant seed ecosystem of Ethiopia in 100th globally.

Nigeria is ranked 3rd in Africa and saw a notable increase from 68th spot to now rank 63rd globally. This was made possible because of its massive consumer market with more than 500 active startups which is one of the largest in Africa. In total, Nigeria has 7 cities in the global top 1000 and continues to have the highest number of ranked cities of any African nation.

Ibadan saw a massive increase in ranking, to rank 353rd globally and 2nd in Nigeria after beating Abuja. Abuja is ranked 3rd nationally and 466th globally, while Port Harcourt decreased to rank 906th. The newest Nigerian city in the rankings is Enugu which ranks 978th globally and 5th nationally. Benin City has increased to now rank 979th, while Kano is ranked 981st.

Notable Startups and Ecosystem that helped the growth of Nigeria in this ranking include Flutterwave, VerifyMe and Mono.

Although Nigeria rose in the ranking, according to the index, the country faces some major challenges, such as a lack of financing options, unpredictable regulatory decision making and a lack of broadband internet infrastructure. Government entrepreneurship programs are present but need to be developed, as does legislation and public sector support.