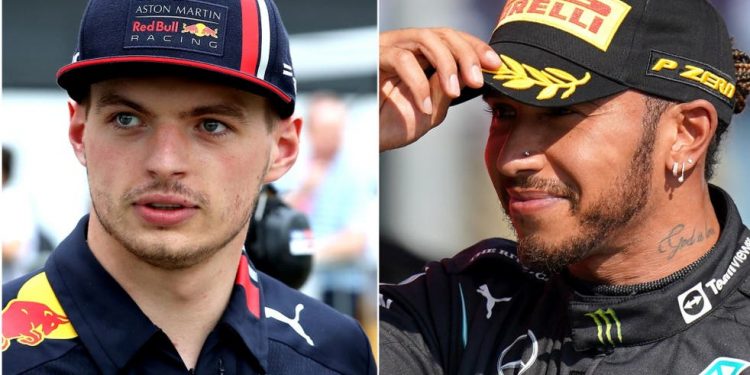 This time, it sent both drivers out of the race – while Verstappen’s Red Bull car shockingly ended right on top of Hamilton’s Mercedes.

But how did they end up in that position? Did F1’s halo save Hamilton? And was Verstappen’s penalty fair?

How Hamilton and Verstappen crashed

Well, let’s start by saying the pair shouldn’t have been anywhere near each other on the track in the first place.

Verstappen, running second through the first portion of the race, was around four seconds ahead of Hamilton, in fourth, before Red Bull called him into the pits for his first stop on lap 23. However, a “human error” from one of the Red Bull mechanics on the front right tyre led to Verstappen being held in his box for 11 seconds, rather than the usual two.

That sent a very frustrated Verstappen back to ninth place, where he would even be behind Lando Norris – the man Hamilton had just overtaken for third on-track – who stopped a lap after the Dutchman.

The fact Norris emerged ahead would have given Mercedes confidence that Hamilton would have a comfortable buffer over the pair once they pitted him, which they duly did on lap 25.

Mercedes had issues in the pits, too, however. It wasn’t as slow a stop as Verstappen’s – four seconds on this occasion – but the delay meant both Norris and Verstappen were charging up the 225mph straight just as Hamilton was slowly exiting the pit-lane. Norris got past the Mercedes, while Verstappen was right behind the McLaren but, critically, not ahead of Hamilton.

Now, the incident and how they came together.

At this stage, Verstappen had a big speed advantage over Hamilton, and the Briton knew this. Heading into the Variante Del Rettifilo – the right-left chicane at the start of the lap – Hamilton edged his car over to the left for the right-hander, attempting to cover off Verstappen and force him to the outside.

Max Verstappen moved alongside Lewis Hamilton after his pit stop and the pair collide at the first chicane, causing both to be beached in the gravel

Verstappen was now almost – a crucial word in this instance – alongside Hamilton, and he was given just enough room through that first corner, but was then, in his words, “squeezed” by Hamilton for the tight left hander, which Verstappen now had the inside line for.

It was at this point where Verstappen could have bailed out of the move completely, turning left over the rumble strips as other drivers had done during the race. But Max instead chose to fight it out, trying to keep his car on the inside.

Hamilton, still technically ahead, didn’t pull out either and probably expected his rival to, just as he himself had on the first lap at Monza when they battled at the second chicane. There was very little space for two cars to fit, and from there, there was only going to be one outcome: another crash between Verstappen and Hamilton, as the Red Bull went clattering into the Mercedes.

How did Verstappen’s car end on top of Hamilton’s?

This will be a surprise to nobody, but in F1 you’d normally say the higher the speed of the crash, the more dangerous it is. However, Hamilton and Verstappen’s collision at Monza – which was, for example, much slower than their crash back at Silverstone – resulted in the cars ending up in a frightening position, which could have had very serious consequences.

That’s because when Verstappen tried to stick to the inside of Turn 2, with little space on the tarmac he was forced onto the ‘sausage kerb’, a fairly new innovation in F1 designed to dissuade drivers from driving over them.

But in this instance, contact with the kerb resulted in Verstappen’s car bouncing heavily, before his right rear tyre hit the back of Hamilton’s rear left. That then flung his Red Bull up into the air, twisting sideways slightly before wedging on top of Hamilton’s Mercedes.

Both cars then ended up beached in the gravel.

“I think the tracks are at fault, actually,” he said. “I think the sausage kerbs being there is what caused the incident today. If the kerb wasn’t the way it was, I think they would have both kept going.”

How the halo saved Hamilton

Hamilton told reporters after the race that he was “very, very fortunate” to walk away from the crash before adding: “Thank God for the halo which saved me, and saved my neck.”

Upon being sent airborne, the back right of Verstappen’s car first destroyed Hamilton’s rear wing before flinging over towards Hamilton’s cockpit. But mercifully the halo – the head protection safety device which was installed on all F1 cars from the 2018 season – absorbed the impact, staying intact as the underside of the Red Bull crumpled upon making contact with it.

Hamilton’s head was still flung forwards slightly as part of Verstappen’s right rear tyre hit him. “The rear wheel landed on the halo and I think the inside of the most cambered part of the inside of the tyre landed on my head,” the Englishman, who complained of a sore neck but no other injuries, said.

But without the halo, it could and almost definitely would have been much, much worse.

Hamilton, and indeed many of the drivers, were actually against the halo – a three-pronged titanium bar – when it was first introduced. Hamilton even called it the “worst-looking modification” in the sport’s history – before changing his tune slightly when it became mandatory four seasons ago.

Sunday was one of the many occasions now where it has proved essential.

“You can’t deny the fact that it’s saved lives,” said Sky F1’s Karun Chandhok. “We’ve seen it in Spa with Charles Leclerc [2018 after crash with Fernando Alonso], we’ve seen it with Romain Grosjean of course going through the barrier in Bahrain [2020], and that saved his life.

“Ultimately I think it has really, really improved a really important safety element in Formula 1.”

In the same media briefing, Hamilton was perturbed by Verstappen not stopping to check on him after the crash, particularly given the Dutchman’s Red Bull was on top of his title rival. After all, Hamilton may have thought, Verstappen complained of poor sportsmanship when Hamilton celebrated at the British GP while Verstappen was being checked in hospital following their crash.

“Ultimately when we do have incidents the first thing we want to make sure is the guy that we crashed into or collide with is OK,” Hamilton said.

But let’s clear this up a bit. While Verstappen did storm off rather quickly back to the pits, he did look over at Hamilton upon exiting his Red Bull and he appeared to be about to walk over to the Mercedes.

But as Verstappen explained: “He was still trying to reverse when I was already out of the car, so when you’re not fine, you are not doing that.”

Perhaps Hamilton should have been afforded more concern from his rival, but walking over to a car that, in Verstappen’s view, may have started moving, probably wouldn’t have been the wisest decision.

Long after Daniel Ricciardo claimed an unlikely win and one-two for McLaren, the stewards came to the decision – after meeting with Hamilton and Verstappen and team representatives – to punish Verstappen, handing him a three-place grid penalty for the next F1 race, which is in Russia in two weeks’ time.

They found Verstappen “predominantly to blame” for “causing a collision”. “At no point in the sequence does Car 33 get any further forward than just behind the front wheel of Car 44,” their statement read. A key and damning point.

“The stewards’ assessment was that Lewis effectively had the corner,” F1 Race Director Michael Masi told Sky F1 afterwards. “And the other element of it was that Max had other options where as we saw at numerous occasions today, drivers in similar types of scenarios took to the bumps beyond Turn 2 and re-joined the track.”

Formula One Race Director Michael Masi explained that Max Verstappen, who has been given a three-place grid penalty, was ‘predominantly to blame’ for his crash with Lewis Hamilton at the Italian Grand Prix

While many drivers – including Ricciardo and Fernando Alonso – have said they believed it was a racing incident, upon hearing that reasoning it’s pretty hard to make a case for Verstappen not being penalised. And he got a pretty lenient penalty akin to Hamilton’s at the British GP.

Hamilton, who was also found “predominantly to blame” back in July, was handed a 10s time penalty on that day, and still won, but as Verstappen’s verdict came after the race and not during it, a small grid penalty for the next race was decided. And that’s a pretty similar consequence.

“Prior to getting on top of that kerb Max had an opportunity to turn left and bail out of it and avoid the collision and I think that’s ultimately what the stewards thought about it. Max could have done more, while Lewis did try to move over to the right and try to at least give him a bit more space.”

Now, that Sochi grid penalty could actually turn out to be inconsequential as Red Bull were considering taking an engine penalty for the September 26 race, which would see Verstappen start at the back regardless of his qualifying.

But let’s see where the next chapter of F1’s controversial rivalry takes us.