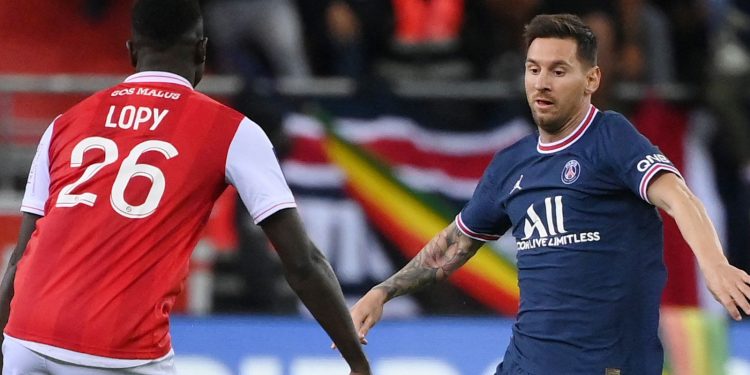 Lionel Messi made his much-anticipated Ligue 1 debut for Paris Saint-Germain on Sunday as Kylian Mbappe scored twice to give the capital club a 2-0 victory at Stade de Reims.

The Argentina forward, who joined PSG from Barcelona on a two-year contract earlier this month, came on as a 66th-minute substitute for Brazil striker Neymar for his first outing since winning the Copa America on July 10.

Mbappe, who has been linked with a move to Real Madrid, headed the opener after 15 minutes before doubling his tally for his third goal this season on the counter after 63 minutes.

Just after going 2-0 up it was the time all the PSG fans had been waiting for when their new signing Messi was brought on to replace his former team-mate Neymar.

Messi was applauded onto the field by the travelling supporters, who had been clapping his warm-ups since the start of the second half. His first touch was also greeted with cheers from the Parisian fans.

PSG maintained their perfect record this season to stay top of the standings with a maximum 12 points.

Meanwhile, Lille finally got their title defence back on track with a 2-1 home win over Montpellier and surprise package Angers provisionally went top of the table after beating visiting Stade Rennais 2-0 on Sunday.

Lille celebrated their first league win of the season thanks to goals from Yusuf Yazici and Jonathan David, with Montpellier ending the match with 10 men after their defender Junior Sambia was sent off in the second half.