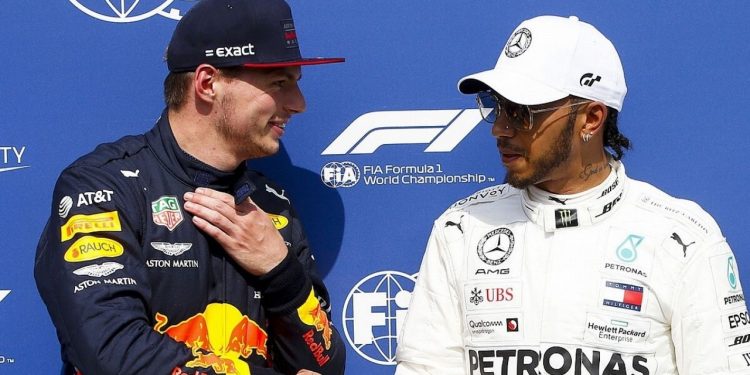 As a Formula One fan and former McLaren driver I am so happy about their victory in Monza on Sunday.

In the 170 Grands Prix since their last victory in Brazil 2012 they have been to hell and back, but by restructuring and regrouping they’ve pointed their considerable resource and talent in the right direction.

Daniel Ricciardo seized the opportunity for his eighth F1 victory in a fine and controlled style. He handled it superbly to lead every lap from the front row after a perfect start from the ‘dirty side’ of the grid, aced the safety car restarts, and even pumped in the fastest lap on the final tour to collect 27 of the maximum 29 points available to any driver for the event including the Sprint race on Saturday.

Cometh the hour cometh the man, as I’m sure Daniel doesn’t say, but he stepped right up and he’s always a popular figure on the podium with his sweaty fireproof boot full of victory fluid. He’s had a soul-searching year magnified by Lando Norris’s outstanding form, but as always form is temporary, and class is permanent.

I felt for Lando Norris, it could so easily have been his first victory. Outqualifying Ricciardo by a few thousandths of a second, but his Sprint start didn’t work out quite so well and so he lined up behind his team-mate. He did suggest a couple of times that he could go faster than Daniel but the team quite rightly recognised the Aussie had the big picture and long game sorted up front, and held station with their two drivers.

Norris’s youthful and almost choir boy looks and demeanour are a very light veneer over an extremely brave racer. His move past Charles Leclerc in the Ferrari at Curva Grande, partly on the grass at one point, was totally fearless. Without his crash through saturated Eau Rouge up to Raidillon he would have had a mighty qualifying and therefore result in the previous non-race in Spa too. As Lando says, his time will come and he’s one of the hottest properties in F1 right now.

Hamilton vs Verstappen: Assessing the crash and penalty

Of course, Lewis Hamilton failed to finish for the first time in 63 starts and only his second retirement since engine failure in Malaysia 2016 which may even have cost him that world championship, but judging by the Sprint and the main race up to that crash on lap 26 it’s highly likely McLaren would have won anyway with their pace and track position.

To analyse the Hamilton/Verstappen crash rationally we first must separate the bizarre and very scary consequences of the contact which I will come back to. In the vast majority of frequent cases such contact results in scuffed tyre walls or broken suspension and bodywork, or one car spinning out or running wide.

True to form in this remarkable championship, numerous circumstances dictated that the two championship contenders would end up fighting over the same piece of tarmac. Verstappen falling behind Ricciardo at the start meant that he didn’t pull out anything like the gap expected out front. Meanwhile Hamilton’s poor start in the Sprint race meant he only started the main race in fourth place.

Red Bull delivered an unusually very slow 11-second pit stop for Max, and Mercedes delivered a steady four-second stop for Lewis. It just so happened that with all of these factors after 26 laps they were destined to meet.

As Lewis exited the pits he was obliged to stay to the righthand side for the very long pit-exit line which, for safety reasons, obliges drivers not to join the racing line where the cars are doing 200+ mph into a heavy braking zone. Lewis would have been informed it was tight, and as he said afterwards he knew Max was there and duly left him a car’s width as per the regulations.

This was a key moment for the race and championship and both drivers knew that overtaking a similarly paced car was extremely difficult and they both needed to be in front.

Max had the advantage of full visibility and a hot lap under his fresh tyres, Lewis was straight out of the pits and these cars are clumsy to see out of in the mirrors or with peripheral vision.

The incident can be replayed relentlessly and in slow motion, but it all happened extremely quickly in real time. These two drivers are experienced, streetwise, super competitive, and know all the tricks of the trade and the consequences. There was virtually no time for conscious thought, it was all about reflexes and instincts.

Max went around the outside of Lewis in turn one, a bona fide move made with his car totally under control. It was not a wild manoeuvre with tyres locked up or suchlike. He would have appeared in Lewis’ vision extremely quickly, and you can hear your rival too in such close quarters.

The call that Max should have taken to the escape road as a matter of course doesn’t stack up because then the ‘move’ is then over as you must to yield position. They both knew he had to complete the chicane on track.

If this is the expected default course of action why is the escape road full of nasty and potentially car damaging ‘sausage kerbs’, and why are drivers regularly penalised for using them here and at the second chicane?

Lewis turned in expecting Max to take to the runoff, as indeed had happened the other way around earlier in the race and back in Imola for example. Max hoped there would be enough space, but Lewis gave up yielding back at Silverstone on race day.

Maybe it was an over-ambitious move but it had to be made. Max was fully committed, perhaps he should have braked or backed out of the throttle but I doubt there was time, and he wanted the pass.

At the end of the day their rear tyres connected which is quite telling. Maybe Lewis should have yielded and given more space in that split second, he was a long way into the middle of the track towards turn two, but why should he?

That’s why in live commentary I called it a racing incident and I stand by that. The Stewards have given Max a three-place grid drop for Sochi, and given their copious amounts of car and track data, varied camera angles, and interviewing both drivers, they duly considered it more Max’s fault than Lewis’.

It must be said that neutral points on race day in Monza was probably a net gain for Max over Lewis given expected car performances, but they’re two world-class drivers really going for it head to head in a championship where literally every point will count come the day of reckoning.

F1’s safety improvements key and the other talking points

The aerial and scary nature of the aftermath has a touch of ‘I’m surprised that doesn’t happen more often’ feel about it. The physics of the vertical suspension and tyre sidewall movement from Max’s Red Bull on the kerb added to tyre contact with Lewis simply springboarded his car into the air and across the Mercedes.

The rollover hoop and Halo did a magnificent job of protecting Lewis’ head, and thankfully Max’s right rear wheel wasn’t under power like his left rear wheel gently was. These cars have the footprint of a full-size Range Rover with enormous and unprotected sticky tyres on each corner, and then they are pitted against each other in high-speed competition in confined areas. Incidents will happen.

I’m reticent to count the number of certain lives saved due to the Halo, in my own personal experience I’ve been hit on the head three times by a flying racing car (Ayrton Senna 1983 F3, Patrick Tambay Monaco 1986 F1, and Jos Verstappen 1994 Brazil F1). I also managed to hit my head on the barrier and racetrack in the same accident in Monaco 1984. We did survive incidents, but these latest safety additions are very much proving their worth not least in shunts like this one and Romain Grosjean’s in Bahrain last year. Well done to the FIA and the teams.

Valtteri Bottas had a truly impressive weekend with the Sprint victory and driving through the surviving field from 19th to a very fine podium and third place. He described it as one of his best GPs for Mercedes in the week it was confirmed he is Alfa Romeo bound and will not retain his Merc seat. F1 is a funny old business.

Williams scored points for the third time in four GPs with a solid ninth place for Mercedes inbound George Russell, and Ferrari had a reasonable weekend with Leclerc and Sainz fifth and sixth. Alpha Tauri had a most miserable weekend after Pierre Gasly’s unlucky shunt in the Sprint and subsequent reliability issues for both cars, even before the race started for Yuki Tsunoda.

Once again, I thought the Sprint format energised Friday and Saturday, and played a role in the jeopardy and outcome of the main race by having a race rather than any kind of artificial grid reversal or weight ballast. If the 2022 cars are much better at overtaking as promised, then the Sprint format will work better.

There’s plenty more to come from the Hamilton/Verstappen duel, it will be hard and bitter racing, let’s hope it remains safe for them both.