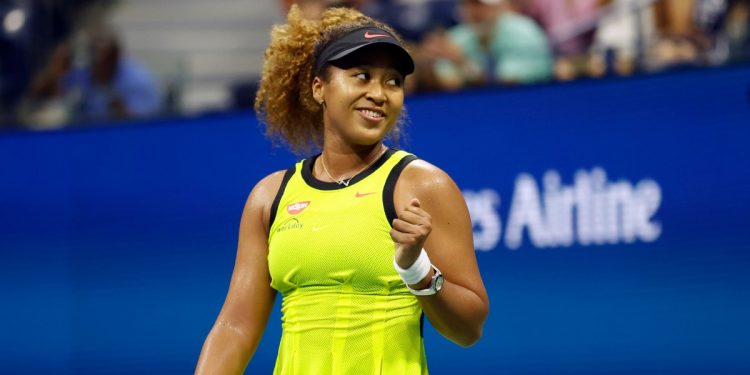 Naomi Osaka’s US Open defence ended in tears as she suffered a stunning defeat to Leylah Fernandez, before announcing she plans to take an indefinite break from the sport.

The defending champion served for the match in the second set, but she capitulated and allowed the 18-year-old to storm to an impressive 5-7 7-6 (7-2) 6-4 on a stunned Arthur Ashe Stadium.

It was a surprise ending to her first Grand Slam back after withdrawing from the French Open and Wimbledon due to mental health issues.

The 23-year-old’s future in the game must now be in doubt after she said she will not play again for a “while”.

Holding back tears in her post-match press conference, she said: “This is very hard to articulate. Basically I feel like I’m kind of at this point where I’m trying to figure out what I want to do, and I honestly don’t know when I’m going to play my next tennis match. Sorry.

“I think I’m going to take a break from playing for a while.

“How do I go around saying this? I feel like for me recently when I win, I don’t feel happy. I feel more like a relief. And then when I lose, I feel very sad. I don’t think that’s normal. I didn’t really want to cry.”

It was the biggest win of Fernandez, the world No 73’s career, and one that sets up a fourth-round meeting with 2016 champion Angelique Kerber.

The 18-year-old Canadian said during her on-court interview: “I guess I wanted to stay on court a little bit longer and I wanted to put a show on for everyone here. An hour was just not enough for me on court.

“From the beginning right before the match, I knew I was able to win.

Kerber continued her resurgent summer by seeing off Sloane Stephens 5-7 6-2 6-3.

The German revealed she overcame having to sleep in Flushing Meadows on Wednesday night as Storm Ida caused her match to be cancelled late on.

She said: “I mean we got cancelled really late. I thought that we can go straight to the hotel. But it was impossible because of the storm and the rain and everything.

“We stayed here until 3:30, 4am. I was trying to get a little bit of sleep because I had the match yesterday, just like a few hours later. Yeah, that was my Wednesday night in the gym.”

Halep’s season has been blighted by injuries, and the Romanian is playing with heavy strapping on her right thigh, but she saved four set points in a remarkable first-set tie-break and finished strongly for a 7-6 (13-11) 4-6 6-3 victory.

Ninth seed Muguruza proved too strong for Azarenka, with the Spaniard prevailing 6-4 3-6 6-2 to set up another blockbuster clash against French Open champion Barbora Krejcikova.

A day after cheering on husband Gael Monfils to a second-round win, fifth seed Elina Svitolina made it through to round four with a 6-4 6-2 victory over Daria Kasatkina and in a match that finished after 1am, second seed Aryna Sabalenka beat American Danielle Collins 6-3 6-3.