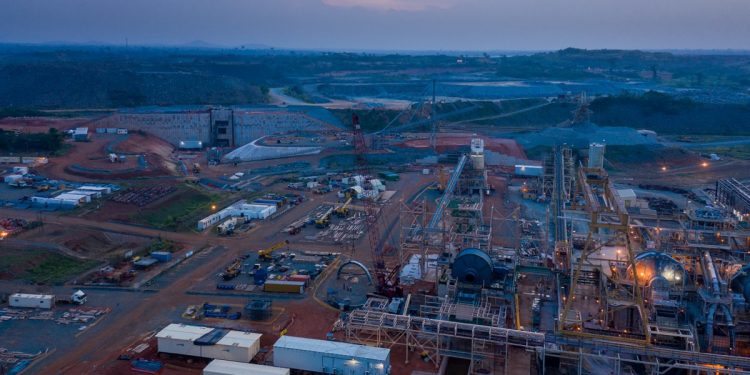 The world’s largest gold mining company, Newmont, is estimating between $750 and $850 million as capital costs in the development of Ghana’s Ahafo North gold mine located in the Ahafo Region.

According to Newmont, the development of the gold mine is to have a completion date in the second half of 2023 with commercial production starting in early 2024.

The acquisition and development of the Ahafo North gold mine with four open-pit mines and a stand-alone mill located approximately 30 kilometres from the Company’s Ahafo South operations, will extend Newmont’s existing footprint in the country.

Ahafo North is the best-unmined gold deposit in West Africa with approximately 3.5 million ounces of Reserves and more than 1 million ounces of Measured and Indicated and Inferred Resource and has a significant upside potential to extend beyond its current 13-year mine life.

For the second quarter of 2021, the mining firm produced 1.4 million attributable ounces of gold and 303 thousand attributable gold equivalent ounces from co-products.

It generated $993 million of cash from continuing operations and $578 million of free cash flow (97 percent attributable Newmont) and declared a dividend of $0.55 per share, consistent with the previous quarter.

The company also completed $149 million of share repurchases from $1 billion buyback programme and ended the quarter with $4.6 billion of consolidated cash and $7.6 billion of liquidity with a net debt to adjusted EBITDA ratio of 0.2x.

On its outlook for 2021, the gold firm asserts that its outlook reflects increasing gold production and ongoing investment in its operating assets and most promising growth prospects.