Policy choices and leadership ascribed as key factors for the divergent development trajectories between Ghana and S. Korea 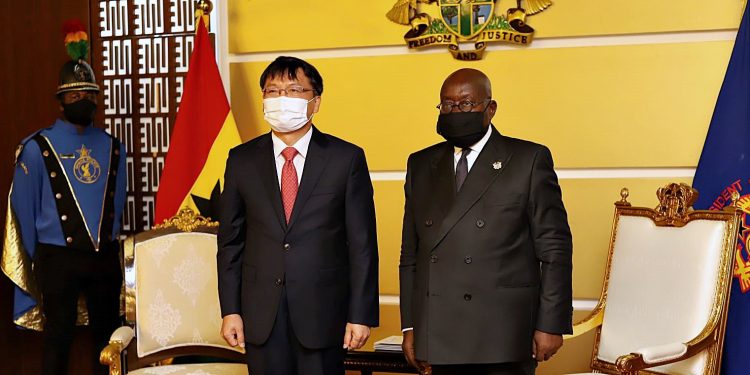 Policy choices and leadership ascribed as key factors for the divergent development trajectories between Ghana and S. Korea

Demographics, policy choices and leadership have been ascribed as the key factors responsible for the divergent development trajectories between Ghana and South Korea although both countries gained independence from colonial rule in the same decade – 1950 for South Korea and 1957 for Ghana.

Using Ghana and South Korea as a case study in his book titled Challenges and Opportunities: The Future of Africa, Jakkie Cilliers noted when Ghana and South Korea gained independence, South Korea was actually poorer than Ghana, but today its average income level is nine times that of Ghana as measured using GDP per capita
in purchasing power parity (ppp) due to the aforementioned factors.

With a focus on food self-sufficiency, basic education, family planning and the provision of basic health care, South Korea managed to rapidly reduce its
rates of fertility and, as a result, experienced a steady increase in the number of working age persons to dependents. Thanks to this demographic dividend, the ratio of working age persons to dependents went from 1.2 in the late 1950s to a recent peak of almost 2.8—an extraordinary high ratio only achieved by China and the Asian Tiger economies in modern history.

Ghana has always had a very low ratio of working-age persons. Even in 2018 it is less than 1.4, although it is improving. In retrospect it is perhaps not that surprising that Korea developed so quickly from around 1980, but the foundation for this growth was already laid in the late 1950s and 1960s.

Not everything went smoothly, however, and the impact of the 1997–1998 Korean financial crisis on incomes is plain to see as the graph briefly dips in its otherwise smooth upward trajectory. South Korea’s Saemaul Undong, the New Village Movement, played an important role in its spectacular growth. This was a community-driven self-help movement facilitated by the government.

It is not an approach where the government sought to pursue prestige projects meant to leapfrog Korea into an industrial age (as was tried in Ghana in the 1960s). Rather, it was an initiative that first, and primarily, sought to change the mindset at community level towards self-help and self-reliance.

Once Korea had achieved food self-sufficiency and started making steady agricultural and educational progress, it embarked on an export-led manufacturing pathway, starting at a very basic level.3 South Korea had another advantage. It had no oil, gas or other large-scale natural resource.

All it had was its people. By comparison Ghana, originally called the Gold Coast as a British colony until independence in 1957, has always had the potential of benefiting from its much more significant natural resources. Except that it did not.

It is now well-established that enclave economics such as those that develop around the oil and gas industry in particular, does not work. The largesse of oil and natural gas have had a particularly deleterious impact on countries like Nigeria, Angola, Equatorial Guinea, and shortly Mozambique.

This resource curse occurs when the main driver of the economy creates small, highly developed bubbles with no forward or backward linkages to the domestic economy but serve to prop up the exchange rate and effectively makes it impossible to produce local goods at competitive rates. The only people that benefit are foreign investors, local frontmen and -women, and corrupt government officials.

Saemaul Undong was instituted by an authoritarian government and it is seldom mentioned in mainstream analysis of South Korea’s escape from underdevelopment. Generally, economic development was the first priority of the South Koreans. This stands in stark contrast to the famous slogan of Ghana’s independence leader, Kwame Nkrumah, to first seek ‘the political kingdom and all things shall be added unto you’.

When comparing the general human development indicators of Ghana and South Korea today, the different results are demonstrable. Ghana and South Korea were, for much of their independent history, autocratic countries and suffered under colonialism with the latter additionally suffered a debilitating war from 1950 to 1953.

Both became hugely corrupt after independence, but whereas South Korea had a leadership that prioritised development and self-help, Ghana did not. Democracy played no role in Korea’s development but is, today, highly valued in much of Africa because the alternative, autocracy, has had disastrous results on the continent.

This points to the unique challenges that Africa faces when compared to developing Asia where industrialisation occurred under autocratic but generally developmentally oriented regimes. Here leaders could discount the popular discontent associated with the disruptive changes required for productivity improvements.

The ruling elite can introduce tariff protection to support a particular sector or industry and more easily phase it out once that goal has been achieved than in a democracy. The world of the mid-twentieth century is, however, very different to the twenty-first century. It is not possible to roll back democracy in Africa, even if it were desirable from a narrow economic mindset.

Africans simply would not stand for it—given centuries of external intervention and oppression they place a high premium on political freedom. Although Korea also received substantial conditional development aid, it worked hard to wean itself off it. The contrast with much of Africa cannot be more stark.

Instead of becoming economically independent in the 1960s, African countries have willingly subjected themselves to a relationship of dependency, often appearing to look to others rather than themselves for their development—initially to Europe, today towards China.